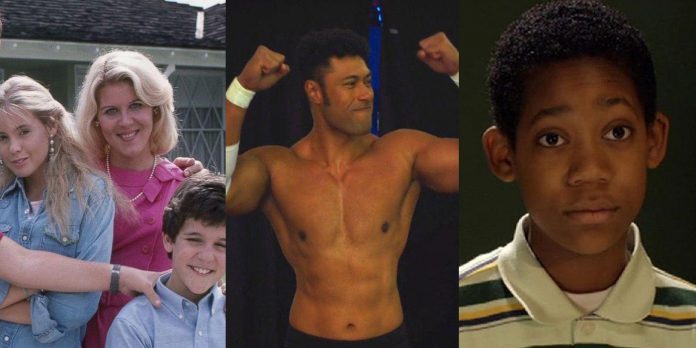 Young Rock has been a huge success since premiering in 2021. The reasons are countless, but the fact it stars Dwayne “The Rock” Johnson as he tells his life story, with the show flashing back to different points in his childhood, teenage, and college years is a big reason. It also remains similar to several other shows over the years that have similar structures.

Yet while Young Rock is a sitcom that has strong similarities to sitcoms from the past, there is also something there for people who love Johnson, those who love professional wrestling, and fans who love nostalgic shows about the past. For those fans, there are many shows that fans of Young Rock can watch that can bring those same feelings.

For anyone who loves the idea of a show with a narrator looking back on his childhood before flashing back to play out those moments, the sitcom that started it all was The Wonder Years. In that series, Kevin Arnold looks back on his childhood, with each season representing a year 20 years before the year it aired.

The show was a huge success, with 115 episodes over six seasons. There was also a revival of the series in 2021, with a new cast, but retaining the idea of taking place in the 1960s, the same as the original.

One of the best parts of Young Rock is watching the family dynamic. Dwayne Johnson’s father, grandfather, and uncles were all professional wrestlers. His mother and grandmother were both strong and powerful figures in his life. It is all about how these women were able to help guide young Dwayne while his male figures were on the road all the time.

One of the best sitcoms on TV in recent years is Better Things. The plot has a mother with a complicated life who balances raising her kids with her desire to have a career. Nothing is easy for her, but this is a show about a mother raising her kids, and while not the same as Young Rock, it is a show that should attract similar fans.

One area of Young Rock that stands out is that he grew up in a family that was half Samoan and half Black and he had to fit in at a time when it was hard for anyone to really fit in. He had it easier than some since his relatives were so famous, but there were stumbling blocks.

The best show on TV in recent years about with families dealing with racial tension, while trying to fit in, was black-ish. The series wrapped up its run in 2022, but it was a critically acclaimed series that lasted for eight seasons with 175 episodes.

Everybody Hates Chris has Chris Rock with the bookend introductions, but this is a show about how Chris grew up and became the comedian that fans love today. With the exception of the fictional future scenes, these two shows are identical in format.

For fans who love The Rock, there happen to be things on TV they can watch outside of his box office-breaking movies. Arguably, the best TV shows that Dwayne Johnson ever starred in hit in 2015 with the HBO drama series Ballers, one of the best football shows of all time.

Johnson stars as a high-profile sports manager who has clients in the NFL. Over the series, things change, including him branching into extreme sports management and eventually buying his own NFL team, only to clash with other owners. This was The Rock as his best.

For fans who love to watch Young Rock because of the time period, probably the best show to watch on TV is The Goldbergs. While Young Rock takes place in the late 70s through the early 90s, The Goldbergs is a pure love letter to the 1980s.

What makes The Goldbergs so fun is that the entire 1980s was shown as if through the memories of a child, and later a teenager. This gave the entire show a fun, colorful, and exciting feel and it ended up so successful that The Goldbergs will soon start its 10th season despite losing one of its main stars.

For professional wrestling fans who watch Young Rock because they were fans of Dewayne Johnson when he was in WWE, there are also a couple of great options. During the series, Johnson grew up in the 80s, a time when WWE was blowing up. However, another huge wrestling promotion at that time was GLOW (Gorgeous Ladies of Wrestling).

In 2017, Netflix premiered its TV series GLOW, which told the story of this cult promotion, from its formation to its rise and eventual fall. The show lasted for three seasons and 30 episodes before Netflix canceled it, and it is great entertainment for people who love old-school wrestling.

Dwayne Johnson joined WWE in the mid-90s and soon the company started what was known as The Attitude Era. This was perfect for both The Rock and his contemporaries like Stone Cold Steve Austin. It was an adult-flavored WWE and many of Johnson’s wrestling fans look back on that era favorably.

For those fans of Young Rock that want their TV a little more adult and still have a love of wrestling, Heels is likely the best option. This show stars Arrow star Stephen Amell as one of two brothers who own an indie wrestling company and work as owners and wrestlers to keep it afloat.

For Young Rock fans who love the very different family dynamic of the show, there is a good chance they might love the 2015 series Fresh Off the Boat. This was an ABC series created by Nahnatchka Khan that was loosely inspired by the life of celebrity chef Eddie Huang.

Huang even narrates the first season, similar to shows like Young Rock and Everybody Hates Chris. There are also some very recognizable faces in the Fresh Off the Boat cast, including Young Rock’s own Randall Park and Constance Wu from Crazy Rich Asians.

A show still in production that has a similar setup to Young Rock is the sitcom Young Sheldon. Outside of the similar names, both shows set up the story world to show where the future leads. In Young Rock, it is Dwayne Johnson running for president. In Young Sheldon, Sheldon Cooper becomes a genius physicist.

The TV shows then show the two as kids and reveal what happened in their past to get to where they ended up. There are minor differences, including Young Rock taking place in different timeframes, but for the most part, the shows play out the same way.