Home Entertainment The 10 best quotes in the Rubicon 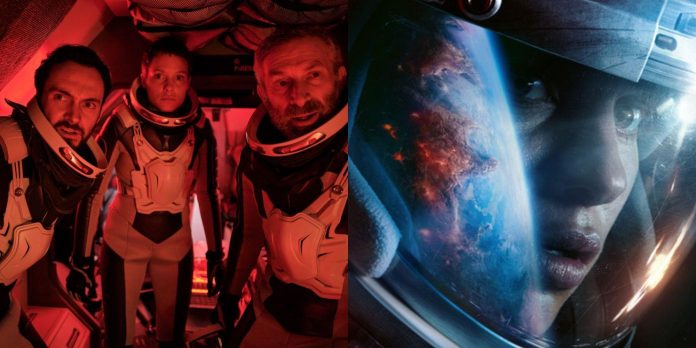 Content Warning: The following article contains spoilers for the Rubicon movie and a discussion of suicide.

Rubicon is an exciting sci—fi disaster film about three astronauts who consider themselves the last living people after a deadly gas swallowed the earth beneath them. Conflict arises when they realize that there are survivors on the planet whom they could help by risking their lives — the situation leads to some thought-provoking debate.

The best quotes from the film perfectly reflect the personality of each character, which affects their position on a controversial issue. These lines also mark important events in the film that change the minds of some astronauts and cause further disagreements between them.

A climate activist, a Nibra spy and a reclusive scientist make up a strange group of space station survivors. In the end, despite the tension between them, Dr. Dmitry Krylov trusts his companions so much that he informs them that they do not need to be afraid because they are “safe here.”

Dmitry’s work was funded by Nibra and supported by the richest people on earth long before the apocalyptic event. This is a desperate attempt to ensure that the most influential leaders and their families will have a way to survive if the earth becomes uninhabitable. However, it’s too late for them, and only Dmitry’s group ultimately enjoys the benefits of his research.

Gavin weighs saving against breathing
“The fact is that it’s all over there. We fucked it up. Obviously, the economy was more important than breathing.”

A few minutes of watching the movie is enough to make it clear that the Rubicon is focused on the environment. When Gavin and Hannah discuss what could have caused a catastrophic event on Earth, he explains that it could have been due to “permafrost gases”, which they “warned people about” for “years”. Then he complains that they “screwed up” for the sake of the economy.

The scenario of the end of the world in the film is caused by the fact that for many years corporations have allowed to wreak havoc on the planet with their destructive actions. Gavin’s phrase highlights how the lack of importance attached to the future of humanity has given way to their worst fears.

Even Hannah’s reminder of the existence of “evacuation bunkers” is not enough to convince Gavin that there is still hope. He believes that “just like them,” everyone who managed to get to the bunkers will sooner or later run out of food and water — they are “all just living corpses.”

At the moment, none of them knows about Dmitry’s success with the working symbiosis. They sincerely believe that they are counting the minutes until their last breath, because the space station will not have a large enough supply of oxygen to support the three of them for a long time.

Hannah’s regret
“I worked my ass off, debit after debit, one shitty mission after another, and for what? For this?”

After almost everyone on earth died on the Rubicon, Hannah realized some important moments of her life as a soldier. Talking to Gavin shows how difficult life was for her and her sister, who had a different approach to their situation. Hannah would like her to “have more fun like Knopf” or at least “take a day off from time to time.”

Her recognition is a kindred feeling that also applies to viewers living in non—apocalyptic worlds. It’s not too late for Hannah, even if it seems that way. In the end, she finds a reason to live in the image of her charming daughter.

Gavin’s useless battle
“I believed in something for so long, and now it doesn’t mean anything.”

During his candid conversation with Hannah, Gavin looks back at what life was like for him. As a climate activist, he regrets that he “fought so hard for a planet that no longer exists,” because he believes that “it doesn’t mean anything now.” Hannah even calls him a “naive activist” after his statement, which they both laugh at.

Compared to the other two survivors, Gavin has a much harder time coping with their predicament. In fact, he tries to commit suicide twice, but he succeeds only the second time. His idealism and previous experience as an activist do not allow him to simply ignore the survivors on earth.

Hannah needs to move
“I need to dance, otherwise I will die.”

The trio quickly run out of things on the space station, especially after they have watched all the movies available in the internal memory. Fortunately, Dmitry’s algae can also serve recreational purposes by turning into alcohol, which soon triggers a dance in the movie between Hannah and Gavin.

It’s painfully obvious that their excessive drinking that night and the pointless fun they get because of it is an attempt to forget about the terrible situation they found themselves in.