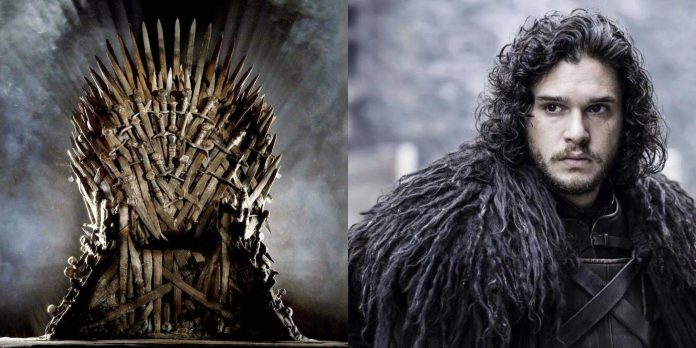 The prequel series “Game of Thrones” “House of the Dragon” starts on August 21, and the expectation is growing every day. Will the series be as deep as its predecessor? Will he be able to overcome the bad reception that the last season of “Thrones” received? Will the characters be as interesting?

But the question underlying all this is whether the letter will be at the proper level. Considering how incredible the script was in the first seasons of Game of Thrones, it has something to match. After all, there were some fantastic and unflattering quotes in the series that continue to stun fans even years later.

Happy Endings
“If you think this has a happy ending, you haven’t been paying attention.”

As Theon learned from Ramsay Bolton, “Game of Thrones” will never end well, no matter which character is at stake. Although Ramsay meant that the phrase specifically meant Theon’s capture, it was certainly more than just that. “It perfectly characterizes the whole show,” says Reddit user FlorianNik04.

There were no truly happy endings between Daenerys’ horrific ending, John’s miserable journey north, and Arya’s lonely journey west. Even Tyrion and Bran, who ruled the kingdoms, were overshadowed by the destruction of King’s Landing. It’s just that this quote meant much more than it initially seemed.

Hungry as a hound
“My hounds will never eat me.” / “You haven’t fed them for days.”

After the death of King Joffrey, Ramsay took the place of the most evil character in Game of Thrones. After tormenting Theon and Sansa, killing countless captives and proving himself to be a killer of relatives, there was nothing more pleasant than when Sansa turned his own dogs Ramsay against him.

“I smiled when death finally came for him,” says Reddit user Xoxodaddysgirl98. “It’s a pity it took longer.” While this may seem like a grim response to a horrific death, there was definitely no one who deserved it better than Ramsay. He was so cocky that he thought he would never lose. In the end, his own mistreatment of someone else’s life was his downfall.

The faithful Bear
“Bear Island knows no other king except the King of the North, whose name is Stark.”

In the War of the Five Kings, many characters died because of stupid decisions. That’s why many noble Houses ended up with brand new and quite young lords and ladies. Among them was Lianna Mormont from Bear Island, and her absolute devotion to the Starks made her an incredible character.

“I like every scene she appears in,” says the Redditor, looking into her eyes. Even surrounded by hardened old men, she proved that she deserved her place, despite the fact that she was no more than a child. Confident and stubborn, she was a model of a Northerner, and this determination was evident in every word she said.

A true friend
” I knelt before his body and said the old words. Not because I believed in them or that they would bring him back. He was my friend and he was dead, and those were the only words I knew.”

According to Reddit user Business_Report_4645, Toros was the first person to resurrect a friend using the power of the Lord of Light. However, even though he was an outstanding fighter, he wasn’t confident in himself.

The loss of Berik destroyed Toros, and the chance to get him back was vital for him. Having nothing to do, he fell to his knees and just prayed for his friend to come back. There is nothing sweeter and more human than this.

Bad haircut
“You will not deceive anyone with this knot at the top.”

Of course, Toros was not always loved by everyone. The dog was not particularly a fan of the Brotherhood’s Red Priest. Reunited with the man, he immediately spat that his new haircut was nothing more than a mediocre attempt to hide baldness.

“Say what you want about the S6, but they gave Clegane some quality inserts,” says Reddit user Nickthiccboi. In any case, the Dog definitely knew how to tear Toros apart with one mouth.

The rules of the game
“When you play Game of Thrones, you either win or die.”

Another perfect embodiment of the idea of the series: Cersei informed Ned Stark about the stakes in the first season, and this remained true throughout his show. “It’s the perfect lineup in almost every way, and the delivery is top notch,” says Canadian__Ninja on Reddit.

Considering how many influential and seemingly random deaths there have been, the show has always managed to keep fans on their toes. It was also a good message for the show: no one playing the game could avoid it, and there was no way out. Both Varys and Littlefinger, the two best players, found out about it too late.

What is power?
“Power is where people believe it is.”

Game of Thrones has often struggled with the idea of power. Who owned the true power? The king? A priest? A swordsman?