Home Entertainment The 10 Best Open World Games Based on Superpowers 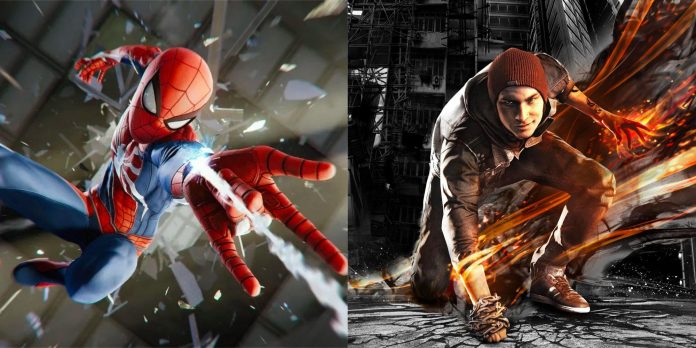 The ability to play as a superhero in a playful way is nothing new: the games are based on the properties of superheroes dating back to the Atari 2600. What has changed over the years is that fans now have the opportunity to experience superheroes in an open world as technology evolves. .

Whether it’s a game based on Marvel or DC properties, or an original game that allows players to control a super-powered creature, there have been many games that have given fans a sense of superhuman. This means that despite the fact that many Batman: Arkham games are stellar, they will not be counted because Batman does not have superpowers.

The player controls the Newcomer again, who is now endowed with superpowers (in addition to powerful flatulence) to parody superheroes from both Marvel and DC. He has a surprisingly deep combat system and role-playing system for parody, and these capabilities are effective in the open world.

The third chapter of the InFamous series; InFamous: Second Son focuses on Delsin, voiced by the talented Troy Baker, a young rebel who becomes a guide. Unlike previous games where the player is stuck with one set of abilities, Delsin can gain and use multiple abilities, including Smoke, Neon, and Video.

Using these abilities, the player can explore Seattle, Washington to battle the United Defense Department. Playing with these many abilities is fun, but combined with the InFamous: Second Son morality system gives a lot of opportunities when it comes to improvements and plot development.

The Incredible Hulk: Ultimate Destruction was ahead of its time in many ways. Playing as the Hulk, players can destroy anything, even entire buildings in a huge city that can be explored. Simply put, The Incredible Hulk: Ultimate Destruction was the first time fans felt they were in control of this character’s brute force and rage.

As a result, the game even received homage in the MCU through certain moves in The Incredible Hulk movie. It has become a classic for many gamers, so it is one of several superhero games that will benefit from the remake, especially since remakes and remasters have become a real fashion.

Most can agree that Saints Row IV: Re-Elected is when the franchise seemed like a completely different game series. With that said, a Boss acquiring superpowers to fight aliens in a virtual reality prison is still a lot of fun. It’s pure mindless fun with popcorn, but Saints Row IV is aware of its absurdity.

From various types of explosions to powerful jumps and even telekinesis — Saints Row IV helps the player feel like a team of superheroes from one person. With a huge open-world city as a playground, players can still have fun despite the game’s many setbacks as a sequel to Saints Row.

Technically, this is a scam, since the player does not have an extensive map to explore. However, the Bureau of Control is an open—ended location where the player can roam and explore as Jesse Faden. The maze-like structure resembles locations from Resident Evil, with areas that you can return to later with the right abilities.

Speaking of someone, Jessie herself mixes a shooter with superpowers that make her feel like a superhero created by Stephen King, with horror elements. Control focuses heavily on psychic abilities. Jesse can launch objects at his opponents, create a force field, and even fly.

In recent years, the MMORPG fad has gradually faded away, and only some titles continue to expand and provide new content. One of them is DC Universe Online, a game that allows players to create a new superhero (or villain) and receive mentoring from famous DC characters.

Running or flying around the DC universe with a non—standard character is nothing but entertainment, especially if someone has full access. Unfortunately, like most MMORPGs, it suffers due to the fact that players are forced to have a monthly subscription, or the free version is quite limited. Also, DCUO isn’t reinventing the MMORPG genre, and anyone who doesn’t care about them probably won’t change their mind.

This is probably the closest thing fans will ever get to a realistic open-world Venom game. James Heller’s abilities, stemming from his virus, allow him to create powerful claws, tentacles and other various weapons that are strangely similar to the symbiote from Marvel.