Home Entertainment The 10 Best Movies where the Bad Guy Gets Away with It... 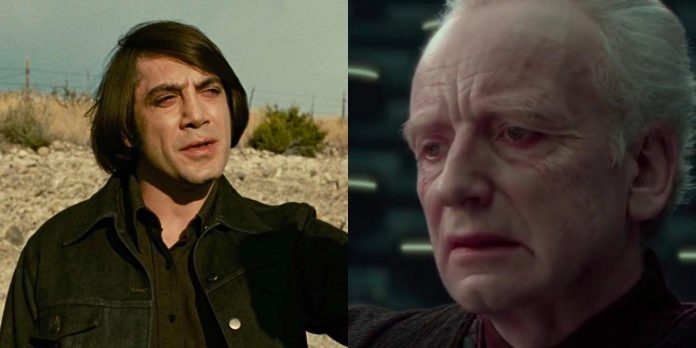 As is so often the case with the Jurassic Park franchise, the ending of Jurassic World (2022) sees its villain punished for his bad behavior, which acts as a means of reassuring the audience that villainy doesn’t pay. However, there have been a number of notable movies in which the bad guy, to the surprise of many, actually manages to get away with what they’ve done.

The users of Reddit have helpfully identified a number of such movies, demonstrating the extent to which villainy, despite its dangers, still has a great deal of allure for many.

Not Available For Streaming

The works of Gillian Flynn have made for many great thrillers, and one of the most notable is Gone Girl, in which a woman stages her own disappearance to frame her husband. It’s a haunting and bracingly disturbing movie, in large part because of the powerful performance delivered by Rosamund Pike. VisVirtusque had this to say about their viewing experience: “That’s the only movie where I left the theater legitimately upset.”

For some viewers, the idea that the villain would get away with the wrong that they’ve committed makes for a very uncomfortable viewing experience.

Many of the movies created by the Coen Brothers depict worlds in which human depravity is given free rein. While it is often the case that bad guys are eventually punished–Fargo is an excellent example–No Country for Old Men is something different.

Its primary villain, Anton Chigurh, is not only one of Javier Bardem’s best roles but also a villain who, from the movie’s own perspective, seems to get away with it. Small wonder, then, that s4m_s3piol calls it “one of the best movies of all time.”

Chinatown is widely, and rightly, regarded as one of the best movies of the 1970s. Featuring a number of powerful performances, including from Jack Nicholson, it is a movie that firmly immerses the viewer in a dark, sinister, and deeply perverted world. Like all good noir movies, it aims to unsettle the audience’s preconceived notions of morality, and it also features a truly stunning villain.

Ederek_cole was particularly perplexed by the ending, writing, “The ending of Chinatown left me sick to my stomach. Great movie, perfect answer to the question.”

Streaming On The Roku Channel

Martin Scorsese is one of Hollywood’s most respected directors, and he has a particularly keen interest in American masculinity in its various forms. In The Wolf of Wall Street, for example, he shines a piercing, and often unflattering, light on the hedonist mentality of investors on Wall Street.

Though there is some punishment for the actions of the main character, Leonardo DiCaprio’s Jordan Belfort, it is ultimately true, as MillionDollarBike puts it, that “he gets caught but then rakes in a bunch of money by having books and movies made about him. No lesson learned with that story at all.” Crime, in some movies, does pay.

Hollywood seems to have a particular fascination with hucksters and con-men, as can most clearly be seen in Catch Me If You Can, one of Leonardo DiCaprio’s best roles. Frank Abagnale is irresistibly charming, but it is also true that he does manage to hoodwink a number of people, all as he matches wits with Tom Hanks’ Carl Hanratty.

Ultimately, of course, he gets caught, but he still manages to leverage his experiences into money. As Nero234 puts it: “ guy raked in millions of dollar cz of the movie so the entire thing is his biggest con.”

Willy Wonka And The Chocolate Factory (1971)

Few children’s movies have exerted as terrifying of a hold on the imagination as Willy Wonka and the Chocolate Factory. By turns enchanting and disturbing, its main character, Gene Wilder’s Willy Wonka is, as many Reddit users posit, the movie’s true villain, manipulating others to do what he wants, with little care for the consequences.

He also gets away with it, as ascendrestore writes: “Wonka is successful in bending everyone to his will and abusing or possibly outright murdering contest winners while evading arrest and promoting refined sugar consumption, potentially also slave labour.”

There Will Be Blood is one of those movies that explores the darkness that exists at the heart of a single man’s soul. In this case, the man is Daniel Plainview, one of Daniel Day-Lewis’s best roles. After he becomes a wealthy oil baron, Plainview starts a descent into true oblivion, becoming the sort of monstrous figure who alienates everyone around him, even his own family.

And, as rhodan818 points out “The man literally beats an enemy to death at the end, at the height of luxury and power, for fun,” with no punishment meted out to him.

Not Available For Streaming

Some movies seem designed to shock the viewer out of their sense of spectatorial complacency, and Funny Games is one of those. Focusing on a family who is kidnapped and slowly tortured by two young men, it positions the viewer in the same confined space of inescapable terror as the characters in the movie.

And, most disturbingly, they manage to get away with it, free to perpetrate more crimes. Cliffdiver770 sums it up nicely: “This movie is a hundred times more savage than everything else everyone is listing.”

Hannibal Lecter remains one of Anthony Hopkins’ best roles, and while the movie that bears his name might not have achieved quite as much success as Silence of the Lambs, it is still a terrifying piece of cinema. In fact, it manages to go even deeper into Lecter’s complicated psychology, as well as his deeply fraught relationship with Clarice.

What’s more, though he commits several heinous acts during the course of the movie, as Howdy_Partner7 puts it: “Hannibal Lector eventually gets free and stays free.” No one is ever quite able to capture him and hold him.

Many things help to explain the enormous success of Star Wars as a franchise, but there’s no doubt that its ability to craft compelling villains is a major part of it.

The prequel trilogy, in particular, has one of the best villains in the history of the series, Emperor Palpatine, who manages to show just how ruthless and cunning he is as he sets about bringing an end to the Republic and creating an Empire in his own image. At the end of Revenge of the Sith, as Eroe777 says, “The bad guys unambiguously win and get away with it.”

PS4 and PS5: First-Party Games Will No Longer Have Free Upgrades

Ubisoft Hides Its Trailer Dedicated To NFTs After The Avalanche Of...