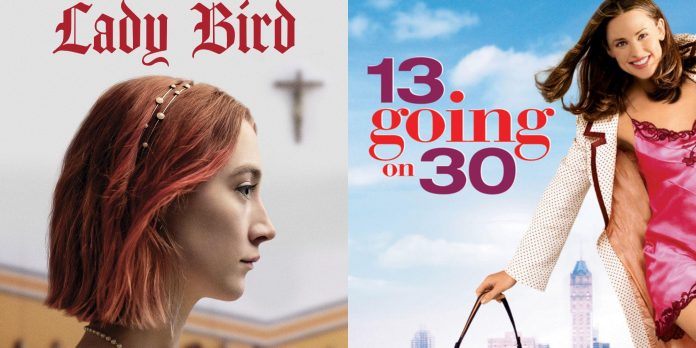 Though coming-of-age stories have been popular for decades, recent stories, like Ms. Marvel, prove that women-led tales in the genre are always needed. These stories are important to young audiences, as they give girls proper role models and accurately shine a light on the tough transition out of adolescence.

Female-led coming-of-age movies have been loved by various generations from the nineties until now, and are often used to express women’s struggles in certain eras. Though there are many films to choose from, Reddit has decided on some of the best stories involving the transition from girlhood into adulthood.

Reddit user clawdeeeeah delivered a long list of great coming-of-age films, putting Ladybird at the top. It’s no surprise that Greta Gerwig’s comedy-drama made an appearance, as the movie is a recipient of many awards and is considered one of the best films of its year.

Ladybird gracefully portrays the struggles of a teenage girl, personified by Ladybird, especially in reference to her main antagonist, her mother. The film covers the deep feelings of displacement that many young girls feel through Ladybird’s constant dissatisfaction and rebellion. Such serious feelings, however, are shrouded in a film of comedy, so the film both takes Ladybird seriously and lightly mocks her dramatic fits.

Ghost World is a well-loved deadpan comedy starring a young Thora Birch and Scarlett Johansson. Through its two “uncool” main characters, it gives a too-real glimpse of an entrance into the real world, which in the movie, is painted as dystopic and harsh.

Redditor Dragons_Malk expresses, “I wish I could say I’ve also read the graphic novel, but even just as a movie, it’s amazing,” referencing the film’s original source material. Ghost World is a less romantic portrayal of teenage adolescence but still hits the mark for the too-real feelings of young alienation and the struggle to adapt to the real world.

Redditor Tacomonkie makes a good point by suggesting Carrie, saying, “Not all coming of age movies are happy.” A blend of adolescent drama and horror, the movie makes an effort to highlight some of the more painful sides of girlhood for some female-identifying people, such as getting one’s first period, the struggle against religion, and teen bullying.

Adapted from a novel by Stephen King, Carrie uniquely uses horror as a medium to articulate how traumatic the experience of a teenage girl can be. Although menstruation is a part of some women’s adolescence, Carrie takes the symbol of blood much farther, creating the unforgettable and tear-jerking scene of Carrie drenched at her prom.

The movie Eighth Grade, directed by Bo Burnam, provides a perfect slice of teenage life rooted in cringy realism, though it isn’t talked about enough. User TapiokaChoka defines the film accurately, saying “Eighth Grade perfectly encapsulates the awkwardness of middle school while simultaneously being an eye opening examination of (what I imagine) growing up Gen Z is like.”

Eighth Grade encapsulates the 2010s by using social media to express the main character’s journey and attempt for connection. Though accurate to the time, the movie is enjoyable to any generation for its universal coming-of-age portrayal of awkwardness and empathetic performance from the lead actress, Elsie Fischer.

Equally cringy to Eighth Grade, Welcome to the Dollhouse provides another misfit protagonist who struggles to find her place in the world, though this movie is considerably darker. The film follows Dawn Weiner and her abuse from schoolmates and family alike, though it uses thick humor to cover more serious topics.

Related: The 10 Best Coming-of-Age Movies of the 90s According To Letterboxd

This coming-of-age film is also accurate to its time, as BelgianBond explains, “Welcome to the Dollhouse blazed a trail in its unvarnished depiction of adolescence in the 90s.” The movie is often referred to as a complete package, perfectly balancing comedy and adolescent angst.

Another more recent film, Booksmart is a popular choice for Reddit, as Chemicalsand mentioned “Booksmart for sure,” among other voices of approval. The Olivia Wilde film provides a fantastic portrayal of the teen experience by showing failed crushes, awkward conversations, and many pop culture references, and it’s a movie that features a positive representation of queer love.

Often described as a female-cast Superbad, the on-screen chemistry from both actresses Beanie Feldstein and Kaitlyn Dever could remind anyone of their best friend in high school. Amy and Molly’s journey of platonic love is just as comedic as it is heartwrenching, as the film uses not just inside jokes to show their bond, but tests it with many trials.

Pretty in Pink is a great teen movie for those who love classics. One Redditor explained the lack of ’80s representation in the thread, “I must be the only fan of John Hughes movies here lol.” Huges, the writer of this film, also directed the teen classic Sixteen Candles.

One of the universal themes of high school movies is social ranking, which Pretty in Pink uses to portray an accurate teen experience. The film uses the unpopularity of the main character Andie (Molly Ringwald) to show her feelings of isolation, proving how difficult it is for teens, both in real life and fiction, to cross social spheres.

This film seems like an obvious choice, as smoogstag expresses, “Has nobody said Dirty Dancing yet? Is that possible?” Baby (Jennifer Grey), the female protagonist, is caught in a forbidden romance with her dance instructor, Johnny (Patrick Swayze). The story is a classic teen rebellion tale, using the strict rules of Baby’s parents to cause the teen to explore what she really wants from life.

Related: 10 Coming-of-Age Films To Get You In The Summer Mood

Another time capsule film, Dirty Dancing is not just popular for its teenage story but its soundtrack, bringing to light many ’80s songs that are still loved today. Music and dancing both make this story unique, including the unforgettable choreography that sets the film apart from other coming-of-age stories.

13 Going On 30 is a great film for all ages. It follows Jenna (Christa B. Allen), a lovesick teen, and her magical transition into a full adult (Jennifer Garner). The film uses this fairy-tale-like plot to show the struggles of both young adults and grown-ups, which at the end of the day, aren’t too distant. It also includes some great outfits.

Redditor palindrome03 explains the film: “It’s sort of backwards, like she comes to age during the time she’s already technically 30 but tbh it’s such an endearing great movie in my book.” Jenna is a great representation of a youthful quest for love and is an enjoyable character because of her actress, Garner, who comedically portrays a teenager while she herself is an adult.

User Choco320 asked, “Is Obvious Child coming of age? She’s 34 in it,” and the answer is, that it certainly can be. The A24 film starring Jenny Slate might feature an older woman, but there is such a genre of film called the “delayed coming of age movie,” where a character experiences their clash with the real world later than their teen years.

Obvious Child throws the main character Donna into adulthood not through puberty, but through pregnancy. The film is a favorite for its performance of Slate, who personifies the film’s comedy with her acting while still portraying a vulnerable character.

6 Actors Who Could Play Wonder Man in the MCU