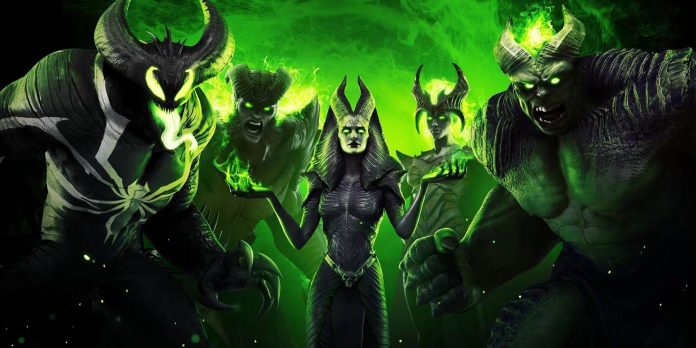 Marvel’s Midnight Suns was one of the few games pre-confirmed for the Disney and Marvel Games Showcase at the D23 Expo, and it came with a nice new trailer allowing fans to take a look at combat, social elements, and more. Of course, the big news is that after a recent delay since October, Marvel Midnight Suns now has a release date of December 2, 2022. Many fans were upset that the socio-tactical role-playing game in 2022 didn’t seem to come out, but now they can rejoice.

However, it wasn’t clear from the new trailer that this only applies to the PC, PS5 and Xbox Series X versions of the game. According to a recent press release, Marvel’s Midnight Suns will be released on PS4 and Xbox One later than its current-generation counterparts. This is not entirely surprising, as game development is becoming more complex as more platforms have to release a game, but it is unusual. During D23 Game Rant was able to ask creative director Jake Solomon and franchise producer Garth DeAngelis for more details about this decision.

This is not surprising, but it’s all about parity on all platforms. Firaxis has always paid great attention to deep systems with a great emphasis on tactics and strategy, and this often leads to the fact that interfaces work better on PCs and with a mouse and keyboard than on consoles and controllers. Despite the fact that Marvel’s Midnight Suns is as deep as XCOM, if not more, it is very important to make sure that the quality between PC, PS5 and Xbox Series X is the same. Speaking about the reasons for the recent delay of Marvel’s “Midnight Sun,” DeAngelis added:

There are moments in this game that we didn’t even know about in previous strategy games, so we tried to give the team time to make it as good as possible. Also, we want all our platforms and SKUs to be the same. Therefore, it is very important to make sure that the current generation consoles work as smoothly and pleasantly as PCs.

Of course, this logic applies to everyone who plans to purchase the game, regardless of the platform. As for the PS4, Switch and Xbox One versions, Firaxis still needs more time than the December release date. How much is still left is not reported, as this decision is probably still up in the air, but it speaks to the quality that Firaxis wants from Marvel Midnight Suns, and is not going to release on these platforms before the game is ready. “We need a little more time to put them in order,” DeAngelis said, and also added:

“To the credit of 2K and Marvel, I think they all understand this. We don’t want the SKUs to be wildly disparate, so I think giving the teams more time to achieve parity is a really wise move.”

Indeed, too often when releasing games, there is one version of the game (usually for PC) that works much better than the others. For something with such an emphasis on tactics as Marvel’s Midnight Suns, one could see how it could easily end. However, Firaxis wants to make sure that the game is played at the highest level everywhere, and this can only be respected, even if fans have to wait with the versions of the game for PS4, Switch and Xbox One.

Midnight Suns from Marvel is released on December 2 for PC, PS5 and Xbox Series X. The version for PS4, Switch and Xbox One will be released later, without an announcement date.