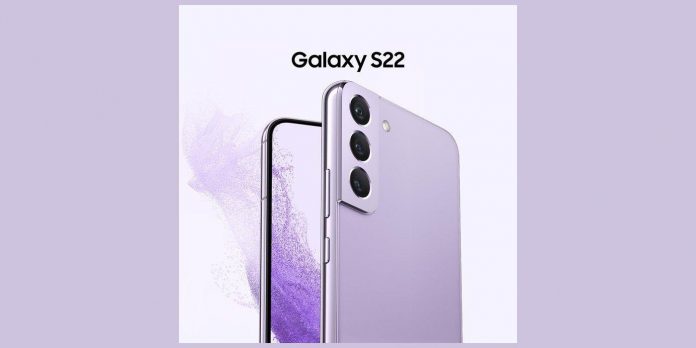 Samsung has announced a new color variant for its Galaxy S22 smartphone called Bora Purple, and users who want to get a phone in a new color will not have to wait long. The word “Bora” in Korean means “purple”, so the name Bora Purple literally translates as “purple-purple”.

Phone companies quite often announce the new color of their flagship smartphones as soon as they reach the middle of the cycle. This tradition was adopted not only by Samsung, but also by Apple. In March 2022, Apple announced a new Alpine Green color scheme for the iPhone 13 and iPhone 13 Pro. The new color was announced six months after the launch of the phone. The new Galaxy S22 color also appeared just in time for its six-month anniversary.

Samsung has announced that the new Bora Purple coloring will be available for purchase from August 10, on the same date when the launch of the Galaxy Z Flip 4 and Galaxy Z Fold 4 smartphones is scheduled. Although there is no mention of which partner stores will sell the new color, users should be able to buy it online-Samsung store. In addition, Samsung added a caveat stating that “availability may vary depending on the market.” This may mean that the new color may not be sold in all regions where the Galaxy S22 is available.

The Galaxy S22 is now available in nine colors

The Galaxy S22 was released in February 2022 in the colors Phantom Black, Phantom White, Pink Gold, Green, Graphite, Sky Blue, Violet and Cream, with the last four colors available only in the Samsung online store. In the new version of Bora Purple, the total number of available color options is now nine. The new color scheme is a darker version of the existing Violet color variant and has a corresponding frame, unlike the Violet variant with a gold frame.

The Galaxy S22 is equipped with a 6.1-inch FHD+ display with a refresh rate of 120 Hz and Gorilla Glass Victus+ protection. The phone is equipped with a Snapdragon 8 Gen 1 processor in some regions, including the USA, and in others with an Exynos 2200 chipset. Regardless of the processor, there is 8 GB of RAM and 128 or 256 GB of non-expandable memory. The Galaxy S22 is also equipped with a triple camera, including a 50 MP main sensor, a 10 MP telephoto lens and a 12 MP ultra-wide-angle camera, as well as a 10 MP front-facing camera with autofocus.

Samsung’s smallest flagship has a 3700 mAh battery with support for 25W fast charging and 15W wireless charging. In addition, it also has a fingerprint scanner under the display, stereo speakers, Bluetooth 5.2, NFC, Wi-Fi 6E and dual SIM card support. The Galaxy S22 in Bora Purple color should be available in 128 GB and 256 GB configurations, like other colors, and will probably cost $799 and $849, respectively.

The voice actor of the last Airbender is doing everything in...