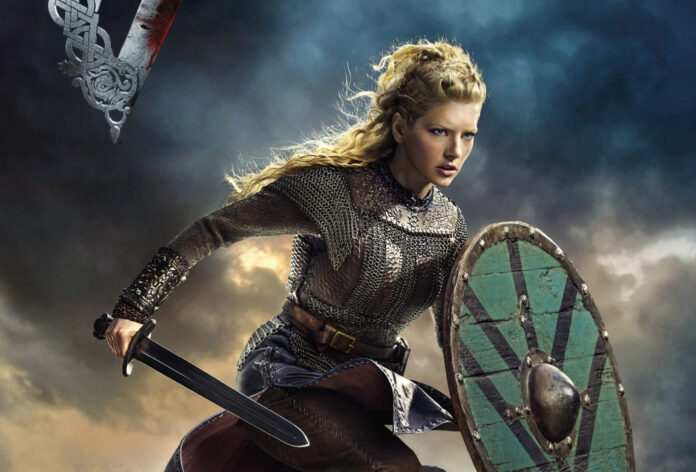 The final 10 episodes of Vikings will appear on Amazon Prime Video on Wednesday, December 30. Fans have been waiting almost a year for the second part to hit screens and thankfully we have a full rundown of everything that happened in the first part of Vikings.

On the one hand, Bjorn Ironside and King Harald are wounded, there are many epic and important plot moments to analyze from the Battle of Kattegat alone. At the end of the Vikings season six, part one, Prince Oleg (Danila Kozlovsky), Ivar the Boneless (Alex Høgh Andersen), and the Rus Vikings appeared victorious in the Battle.

Similarly, Bjorn (Alexander Ludwig) was stabbed by his brother Ivar the boneless on the beaches of Kattegat and Harald, the King of Norway (Peter Franzén) appeared to be seriously injured. So, the creator of the show, Micheal Hirst, has confirmed that Bjorn and Harald are alive in episode 11 of Vikings, but it is unknown how long they will live.

On the other hand, Ludwig, who plays Bjorn Ironside, also confirmed that his character will return for the second half of the sixth season in some way. Likewise, Harald is the king of Norway, in the middle of the sixth season, Harald won the elections, defeating Bjorn Ironside to become King of Norway, despite the fact that Harald and Bjorn were enemies, they formed an alliance in an attempt to drive the Russian Vikings out of Kattegat.

At the Battle of Kattegat, King Harald was seriously injured by a Russian Viking while fighting on the beach. Before the battle, Ivar would become king of all Norway if he successfully defeated Bjorn and Harald, however, it seems things will not turn out like Ivar with Erik the Red (Eric Johnson) bidding for the Norwegian throne.

See Also
Why was Ragnar Lothbrok's death important for the series?

Similarly, Erik picked up Harald’s fallen crown that was on the ground, so perhaps part B will see Erik sit on the Norwegian throne and not Harald. Another factor to take into account is that Gunnhild (Ragga Ragnars) is alone and in a three-way marriage.

Recall that in the first part of Vikings, Gunnhild experienced several losses that turned out to be traumatic. Not only did she lose her close friend Lagertha (Katheryn Winnick), but her husband Bjorn also had an affair and she sadly miscarried, losing her young son.

To add to the anguish towards Vikings fans, Gunnhild was now part of a three-way marriage after Bjorn declared his love for Kattegat’s wife, Ingrid (Lucy Martin). Lastly, Lagertha was killed now the Seer (John Kavanagh) prophecy was fulfilled when Lagertha was killed by one of Ragnar’s sons (Travis Fimmel).