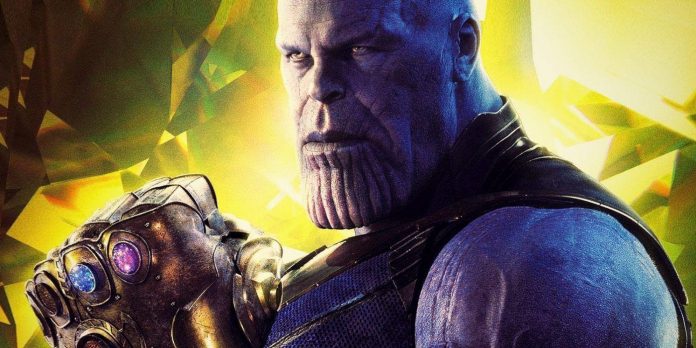 In Thanos’ first appearance on the pages of Marvel Comics, the Mad Titan proved that he didn’t need the Infinity Gauntlet to demonstrate his incredible abilities. During the battle with Drax the Destroyer in Iron Man #55, the supervillain managed to level an entire planet during the battle, revealing Thanos’ true strength and how unstoppable he was even without the Infinity Stones at his disposal.

Even without the Infinity Gauntlet, you can’t underestimate Thanos. The son of the Eternals and born with a Deviant gene that gives him a purple appearance, Thanos is much more than just the owner of Infinity Stones. His eternal legacy gives him several superhuman abilities and powers, including superpowers, cosmic regeneration, and matter control. Even more power is given to the Mad Titan by his vast intellect, as he used his genius abilities to become a master tactician, inventor and destroyer of worlds. Of course, Thanos is stronger with the Infinity Stones, but his debut appearance demonstrated his incredible abilities and that even without them he is a force to be reckoned with in the Marvel universe.

In “Iron Man” #55 by Jim Starlin, Mike Freidrich, Mike Esposito, John Costanza and Roy Thomas, readers get acquainted with Drax the Destroyer and Thanos. Drax’s origin, where Thanos’ father, mentor, gave him incredible powers to destroy his son, demonstrates their first battle. On a planet far from the Earth’s Solar System, Thanos and Drax exchange blows in an epic, world-shaking battle. However, during the exchange, Thanos’ powers combined with Drax’s power caused the planet they were fighting on to explode, resulting in the capture of the hero.

This isn’t even the last time Thanos destroys a planet without the Infinity Gauntlet. In “Thanos” by Jeff Lemire, Herman Peralta, Rachelle Rosenberg and Clayton Coles, Thanos actually uses an energy explosion to push his son Thane across the planet, destroying it in the process. Of course, when it was necessary, Thanos was always able to demonstrate his true strength. However, with the Infinity Gauntlet or Infinity Stones, he rarely had to use his incredible abilities, as he did when he leveled planets against his opponents with ease.

Ultimately, with or without the Infinity Gauntlet, Thanos was one of the strongest beings in the Marvel universe who could overthrow entire planets with his power. Unfortunately, his legacy of the Eternals means that his powers don’t really have an upper limit, which combined with his thirst for knowledge and power creates a deadly combination. Unfortunately for the Avengers and the rest of Marvel’s greatest heroes, Thanos without the Infinity Gauntlet was still one of the last things they ever wanted to face one-on-one.

Bear and Breakfast: Is it possible to sell items?

My Hero Academia: Midnight will steal your heart with this cosplay