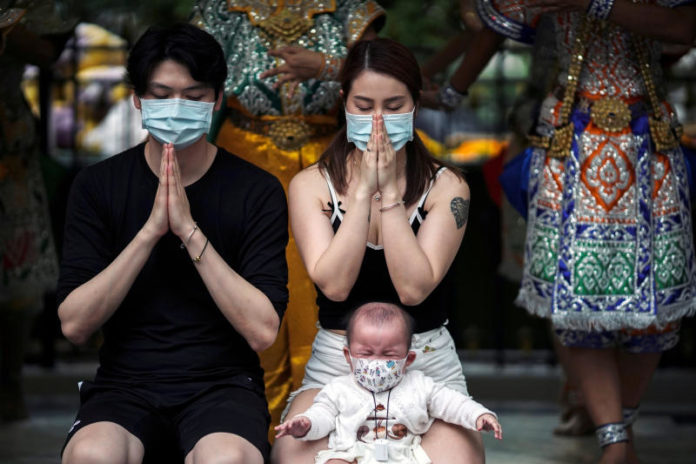 The outbreak of Covid-19, or the corona virus epidemic, which erupts in Wuhan, China, affects tourism significantly, just like all other sectors. Many Asian countries have closed their borders due to the deadly epidemic. Thailand, which is one of the places frequented by Chinese tourists, continues to receive visitors. So why?

The new corona virus epidemic, which has evolved to a level that is dangerous enough to cause China to stop communicating with the outside world, has caused more than 2,000 people to die since January. The deadly virus, which has infected 74,185 people so far, has been seen in 25 other countries outside of mainland China.

Thailand, one of the most touristic locations in the world, is currently the country with the most cases of corona virus reported after China with 35 cases. Southeast Asian country, which is very close to China and welcomes millions of Chinese tourists every year, is having a very bad tourist season due to the epidemic.

Chinese tourists, who normally flock to the tourist attractions of the country such as Bangkok, Pattaya, Phuket, and China May, cannot leave their country because of the quarantine and travel ban imposed by the Beijing government.

Tourism accounts for 14 percent of Thailand’s total national income. In recent years, there has been a significant increase in the number of Chinese tourists coming to the country. But the new corona virus outbreak has left Thailand without Chinese tourists. This led to a significant drop in tourism revenues.

The Thai government does not prevent the Chinese from entering the country so that tourism does not lose more blood. On the contrary, they organize campaigns through various travel agencies to attract them to the country. However, the Asian country has not been able to get results from this effort so far. According to the Thailand Travel Agencies Association, the corona virus outbreak may cost the country $ 1.7 billion in the first quarter of 2020. The loss for the whole year is estimated to reach $ 10 billion.