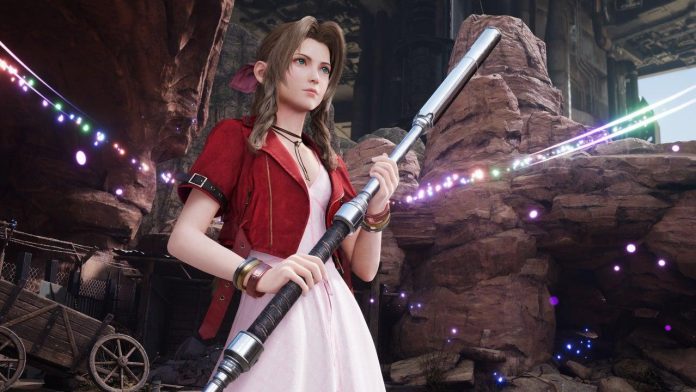 Work has already begun on the Final Fantasy 7 Remake Part 3, which will complete the Square Enix trilogy when it is released sometime after 2023.

Nomura confirmed that “some developments have already begun” regarding the yet unnamed third title in a note after today’s live broadcast.

“I started the development myself and am working on completing the series,” Nomura wrote in a two—part message on Twitter.

His note followed the first trailer for Final Fantasy 7: Rebirth, which gave an idea of the expected sequel to Final Fantasy 7 Remake. Square Enix also announced Crisis Core: Final Fantasy 7 Reunion, a remake of the PSP spin-off, which is scheduled to be released on PS4, PS5, Xbox, Switch and PC this winter.

Nomura directed the Final Fantasy 7 Remake, but does not direct Final Fantasy 7: Rebirth. He continues to participate in the project as a creative director.

As for Final Fantasy 7: Rebirth, it will be released in the winter of 2023. And what will the third part be called in the end? We just need to take a look, although Nomura says development is “moving fast” as the team has “adopted a new development structure.” You can find his entire note below.

As I said on the air, four Final Fantasy 7 projects are currently being developed in parallel. Although each of the four games plays its own role, they are all connected by a high-quality image of the world and characters of Final Fantasy 7. As someone who participated in the development of each of the original games, I deeply understand the vision and thoughts of each project, and I am actively involved in the development process of all four games. Final Fantasy 7 Rebirth is being developed. so that people can enjoy this game regardless of whether they know the original game or not. In fact, new players might even like to start their journey in Final Fantasy 7 with Final Fantasy 7 Rebirth. Cloud and his friends are embarking on a new journey in this game, and I believe that the scenes they will see after they leave Midgar will give players a fresh, new experience. I can’t wait to share my intention to name the first game “, REMAKE”, and the second name is “REBIRTH”. Over time, I hope to show what the third game will be called and where this journey will eventually lead. Development of Final Fantasy 7: Rebirth has been progressing at a rapid pace since we adopted the new development structure. A name of this scale, in which everything is interconnected even before the start of production, is truly a rarity. In fact, some development has already begun on the third game. I started the development myself and am working on completing the series. We will work to present this game to the fans with the same enthusiasm until we reach the final line. In the meantime, enjoy other projects dedicated to the 25th anniversary, which will further expand the world of Final Fantasy 7.

This was the last scene to validate certain theories.