Home Science They tested the new attraction of Futuroscope in full containment! 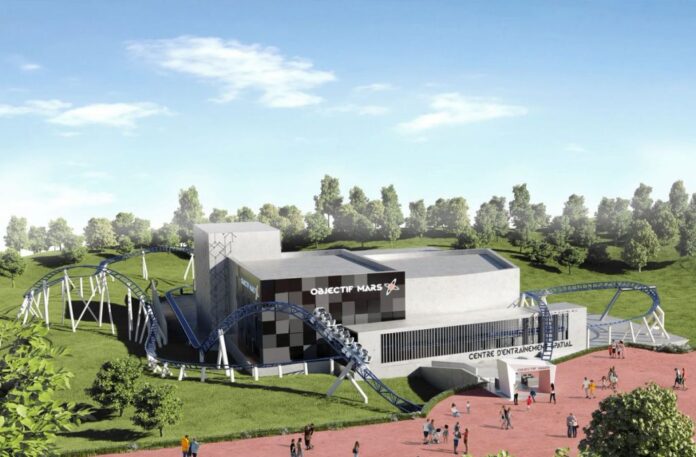 Like all amusement parks, the Futuroscope in Poitiers was forced to close its doors during the confinement period imposed by the coronavirus crisis. While waiting for the reopening, the park teams offered their fans to test virtually and in an original way, the new attraction “Objectif Mars” which was to be launched a few weeks ago.

Explore Mars, the red planet. Many dream of it. And Futuroscope (Poitiers) wanted to make this dream a … virtual reality. Its new attraction: “Objectif Mars” was to open its doors a few weeks ago. March 28, 2020, to be precise. But the confinement imposed by the coronavirus crisis decided otherwise. Apprentice astronauts will have to wait a little longer before entering the space training center of the amusement park.

In the meantime, Futuroscope teams have tested the new attraction as it should. On April 29, they proposed a #OnEstTousUneAttraction challenge to the community that follows them on social networks: film themselves as if they were aboard the family roller coaster “Objectif Mars” and then post the video on the Facebook page of Futuroscope. The key is a family holiday or a year of unlimited access to the amusement park to be won.

Many fans participated in the challenge. Futuroscope teams have compiled their best images to create a breathtaking video of the first children, women and men to test (virtually) “Objectif Mars”.

As soon as the park reopens, visitors can take advantage of the new attraction, the first roller coaster in Futuroscope. On the program: an immersive and interactive pre-show to make the astronaut candidates aware of the conditions of a trip to space, then a journey of almost three minutes aboard a space vehicle.

“Objectif Mars” is above all “spectacular special effects, never seen in France”, promises Futuroscope. Those who embark will indeed be confronted with all kinds of amazing phenomena: solar flares, magnetic fields, superluminous speed – or almost … with its peaks at 55 km / h – and the test … of zero gravity!

Are Saturn’s Rings Really the Same Age as Dinosaurs?