Home Tech Tesla’s Battery Manufacturer: We Developed a Battery with 1.6 Million Kilometers of... 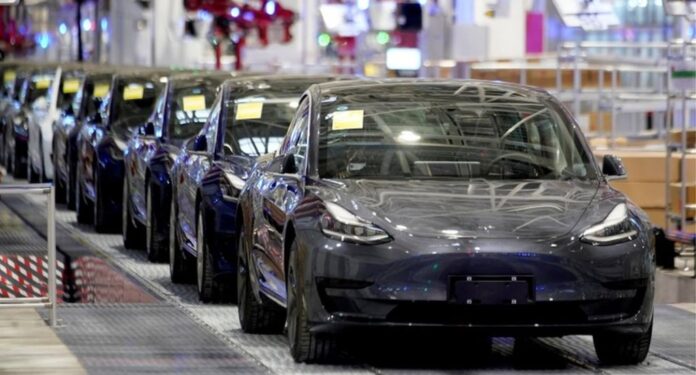 Contemporary Amperex Technology Co., which produces batteries for Tesla brand electric motor cars. Ltd (CATL) has announced that they have developed a battery of about 1.6 million kilometers or 16 years of use. Saying that they are ready for mass production, the company CEO stressed that they have not received an order so far.

Contemporary Amperex Technology Co., which produces batteries for Tesla’s vehicles, according to a report in Bloomberg. Ltd (CATL) has developed a battery that lasts 16 years or about 1.6 million kilometers.

It is stated in the news that the allegations were made by the company’s CEO, Zeng Yuqun. If the claims in question reflect the truth, we can say that electric cars will become much more popular in the future.

According to the statements made by Zeng Yuqun, the company is ready for Tesla to manufacture batteries that will last 16 years or 1.6 million kilometers. However, no order requests from Tesla regarding these batteries have been received so far. Also, according to Yuqun, new generation batteries have at least 10 percent larger capacity than traditional batteries. In other words, CATL has developed a battery with a higher range as well as a long life.

According to Bloomberg’s report, the batteries used in Tesla provide a warranty of approximately 250 thousand kilometers or up to 8 years. However, new batteries developed by CATL significantly extend this warranty period. According to technical critics, the introduction of these batteries will make electric motor vehicles a reason for preference. However, it is currently uncertain when the new generation batteries will be in use.

A report in Reuters alleged that Tesla and the battery manufacturer were working on a battery with a range of about 800,000 kilometers. It was even stated that the underlying purpose of such a study was Tesla’s long-term plans in the sector. When Bloomberg asked this issue to Yuqun, he did not get a clear answer.

According to Yuqun’s statements, the automotive industry did not reach its desired level in 2020. Especially the coronavirus pandemic has seriously affected the car manufacturers’ projects. However, Yuqun states that this is a temporary process and that 2021 will offer great advantages for automobile manufacturers. However, the coronavirus pandemic has not yet been overcome, and it is important to remember that the days ahead are still pregnant with many things.