Home World Tesla Will Now Spy On You 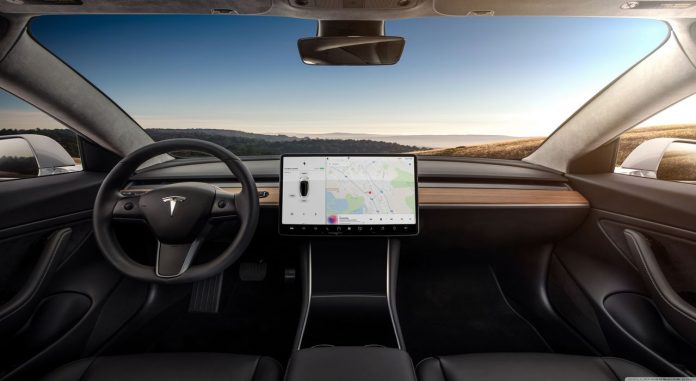 Tesla is the first name that comes to mind when it comes to autopilot in recent years, and Tesla will now monitor the driver with in-car cameras. Autopilot systems of cars have made incredible progress in recent years. Many brands are now trying to minimize the driver’s job by adding advanced radars and sensors to both upper and lower segment vehicles. These vehicles have advanced features such as automatic lane change, self-parking, and autopilot navigation.

The first person that comes to mind when it comes to autopilot is of course Tesla, the leader of the electric car industry. The brand is constantly striving to raise the safety of the autopilot feature, which has proven itself for years and continues to develop. The latest developments are that your vehicle will now monitor and control not only the road and other vehicles, but also you.

Here is that tweet that is the harbinger of the development.

It was revealed that such a feature was activated in Tesla vehicles, when a twitter user named Kevin Smith received the Tesla Model Y vehicle. Upon receiving the vehicle, Kevin shared photos of the release notes for the new software update. In these photos, the part called Cabin Camera Updates attracts particular attention.

Cabin Camera Updates, the detailed description of the in-car camera update, is given as follows: “The in-car camera on your rearview mirror can now detect the carelessness of the driver while the autopilot is activated and warn you about this situation. The data recorded by the camera does not leave the vehicle itself, ie the system cannot save or transmit your information unless you enable data sharing ”.

This feature has actually been leaked before

In April, a hacker named greentheonly tested this feature of Tesla on his Youtube channel. If we look at his channel, we can see that the hacker has a lot of interest in Tesla vehicles and especially their autopilot systems. Greentheonly has devoted herself to testing this upcoming in-car camera feature in her last 4 videos.

As can be seen from the video, thanks to this new feature, the vehicle can monitor your head and eye movements, wearing glasses, whether the camera is on or off, and many parameters such as the amount of light in the environment. In addition to all these, the hacker tool tested this new feature using both his own photo and Elon Musk’s photo.

Elon Musk did not approve of use in the first place

Tesla vehicles already have a vibration system to prevent distraction from the driver in autopilot mode. If you are in autopilot mode and have not touched the steering wheel for a long time, the steering wheel starts to vibrate and this time you have to touch it for a few seconds. If you do not touch it, the vehicle stops by pulling to the right in a suitable place to ensure safety.

Currently, these cameras are only available on Tesla Model 3 and Model Y vehicles. Unfortunately, there is no information about the addition of these cameras to the Model S and Model X vehicles delivered this year.

So what do you think about this development?

SP eases restrictions and will allow CCXP and Campus Party in...