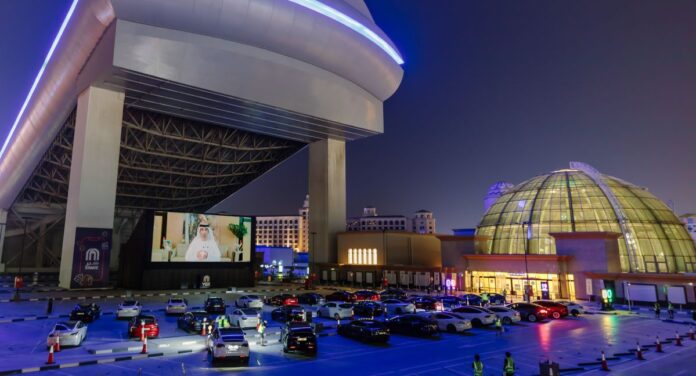 Due to the problems caused by carbon absorption in the world, studies have started to neutralize carbon absorption in many sectors and governments. In this context, the cinema sector is also working to make the future cinema screens carbon neutral. In the past days, the first carbon-neutral, open-air cinema screening of the Middle East and North Africa region was held in partnership with Vox Cinemas and Tesla.

Dubai-based Majid Al Futtaim Group, in collaboration with the Ministry of Climate Change and the Environment and the Vox Cinemas in the United Arab Emirates, recently launched the World Environment Day with the first ‘carbon neutral’ display of the Arabian Peninsula region, which will serve Tesla vehicles. He celebrated. In addition, Majid Al Futtaim Group has announced that they are cooperating with Dubai Carbon Center of Excellence to ensure that all Vox Cinemas open-air theaters in Dubai have a carbon-neutral display. This partnership, created by Majid Al Futtaim Group with the Dubai Carbon Center of Excellence, aims to have all the Vox Cinemas open-air cinemas to be built in the future to have a carbon neutral screen.

This Vox Cinemas special screening, held on the roof of the Mall of the Emirates shopping center, is the Minister of Climate Change and Environment of the United Arab Emirates. Thani bin Ahmed Al Zeyoudi and 100 film lovers with Tesla cars attended.

A greener future is aimed in every sector

“Our open-air cinema in Mall of the Emirates has managed to maintain its popularity not only since the first cinema in the Middle East and North Africa, but also since the number of cinemas opened in Dubai has increased. We are very pleased with this partnership with the Dubai Carbon Center of Excellence to provide an experience. ”

In addition, Majid Al Futtaim Group aims to completely remove disposable plastics from the company by 2025, as well as its efforts to reset carbon absorption in the movie industry.