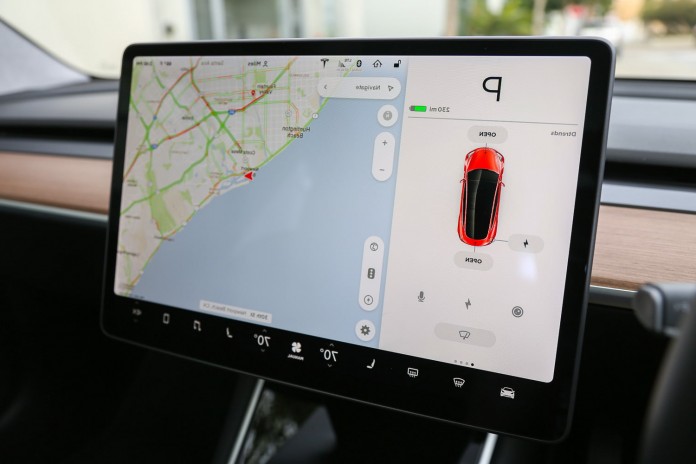 Tesla shared its new feature, which can change the color of the vehicle in the application and infotainment system, with its followers on Twitter yesterday. However, the shared video caused misunderstandings and led to the emergence of funny images.
Technological developments have a significant impact on the automotive industry, as it does in every field. In these days when electric cars are becoming more and more widespread, we see that a new innovation that is frequently added to vehicles is meeting with us. The most notable of these lately was a feature offered by the German automobile giant BMW.

Taking its place at the world’s largest technology fair, CES 2022, in the past months, BMW introduced a technology that we can describe as ‘like magic’. In this feature, which was shown on the iX M60 model, it was seen that users could change the color of their vehicles with a single button. Now, a tweet about a technology similar to this technology has come from Tesla, the electric vehicle company of famous billionaire Elon Musk. However, the video in this tweet was meant as a joke.

You can now customize how your Tesla appears on the screen and app with the Car Colorizer pic.twitter.com/BvnrCxEw2O

Described as the world’s largest automotive company, Tesla shared a post on its official Twitter account on February 17 and trolled its followers. In the video included in the post, it was seen that a Tesla owner could change the color of the car using the screen inside the vehicle. In the video, it was noteworthy that the user could choose different colors, decide on the color pink, and finally, the exterior of the vehicle was in this color.

However, this video was part of a recent update to the United States to change the color of the giant company’s cars on the in-car display or the Tesla app. Tesla also said in his statements on the video, “Now you can change how your Tesla looks on the in-car screen or in the application.”

As you can imagine, the release of this feature along with such a video confused some people. In the comments made by the giant company as a joke, many people thought that this feature could really change the color of the vehicle, as well as the application and the in-car screen, causing funny images to appear. We have compiled some of the comments on this post for you.

How to download the RTVE Play app to watch the Tokyo...