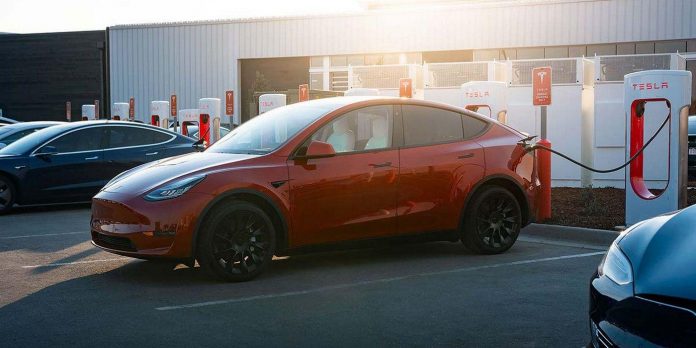 Some states, such as California, also offer their own incentives for people choosing clean-fuel cars as part of their clean-car discount project (CVRP). Tesla has been receiving these discounts for many years, and the Model 3 and Model Y have enjoyed significant discounts in the state until recently. However, after multiple price increases this year, neither car is eligible for a discount anymore, as both have crossed the threshold of subsidized prices for electric vehicles in California. The discount in California applies to clean fuel vehicles with a manufacturer’s recommended retail price of up to $45,000, while for SUVs, trucks and vans, the limit is currently set at $60,000.

According to Reuters, a breakthrough deal between Senate Majority Leader Chuck Schumer and West Virginia Senator Joe Manchin on a major tax and climate bill will allow the Biden administration to extend a $7,500 consumer tax credit for the purchase of clean energy vehicles. The bill, which includes provisions to spend about $369 billion on climate and clean energy, will also allow used car buyers to receive up to $4,000 in tax breaks for used clean cars.

Tax discounts on electric vehicles will be extended

According to the bill, a discount on clean fuel will be available for sedans priced up to $55,000, as well as for vans, SUVs and trucks with a manufacturer’s recommended retail price of up to $80,000. However, there are several basic conditions for obtaining the right to participate, which means that the benefits will not be available to everyone and not on all electric vehicles that fall within the aforementioned price range. First, the tax credit will only be available to individuals earning $150,000 or less, or up to $300,000 for individuals filing a joint return.

In addition, suitable cars can only contain minerals that are mined or processed in a country that has a free trade agreement with the United States. The battery in these cars must also include a large percentage of components that were manufactured or assembled in North America. Eligible consumers buying such cars will receive their discounts at the point of sale, and will not adjust their taxes at the end of the year. While a few GM cars like the Chevy Blazer and Bolt will be eligible for loans, only a few Tesla Model 3 variants will be eligible due to the new $55,000 price cap.

All the rumors and leaks about Hideo Kojima’s overdose

These are the 20 video games with the highest rating of...