Home Tech Tesla was stuck on the coronavirus barrier! Here is the explanation 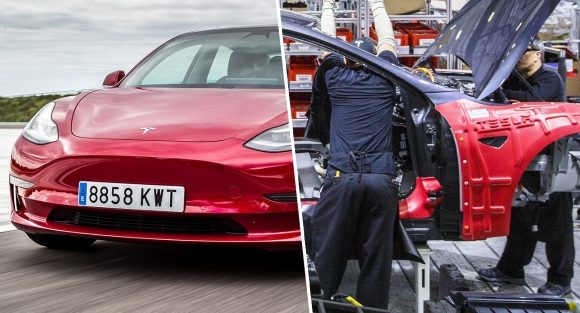 Corona virus companies that appear in China and threaten the whole world also directly affect. Following the technology giants such as Facebook, Razer, Apple and LG, it announced that it took action in the electric car manufacturer Tesla.

Tesla, which temporarily closes its factory in Shanghai at the request of the Chinese government, will open the factory again on February 9, unless a delay is requested. The first cars produced in this factory, which was established in China, the world’s largest electric vehicle market, began to be delivered at the end of 2019.

Tesla factory temporarily closed due to coronavirus
Tesla chief financial officer Zach Kirkhorn stated that there will be 1 and a half week delays due to the decision to close this transition, and said that it will cause a small decrease in profitability rates for the first quarter of 2020.

As the commercial war between the US and China continued, Tesla’s opening a local factory made things a lot easier. Another feature of this factory is that it is the first automobile factory with foreign capital in China.

Tesla is not the only company to take steps due to the virus outbreak. Internet giant has temporarily closed all its offices in China due to the virus in a statement made on Google today. Apple and Facebook restricted the travel of employees.