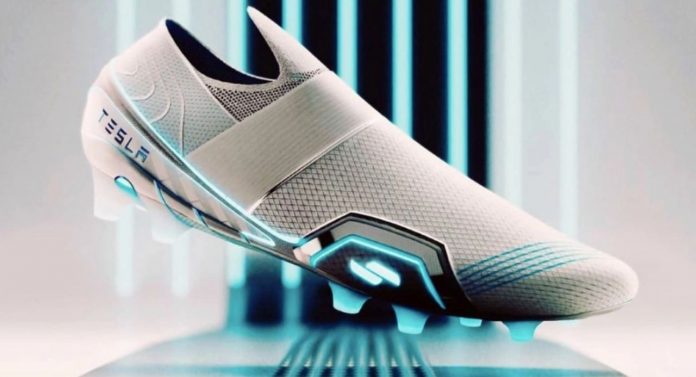 The designer, who previously worked with brands such as Nike and Adidas, designed Tesla signed shoes. The former designer, who has been in famous brands for a while, now carried Tesla to sports shoes with the electric emphasis. Featuring an illuminated crampon shoe design, Almossawi manages to attract attention.

Tesla is Elon Musk’s pupil. Tesla, one of the most remarkable electric car manufacturers in the world, moves to another concept design. Almossawi, who lives in New York and previously worked with Nike, Adidas, EA Sports and many similar brands, is known for its futuristic design line. It gives a different perspective to the crampons, a type of sports shoes preferred by football players. The young designer, a Tesla and football enthusiast, designed a new sneakers.

The shoe, which has luminous stripes because it is inspired by Tesla, does not have a smart feature in general. This concept design, which was created to look much more stylish and different, really stands out.

If such a shoe was on the market, would you want to buy it? Do not forget to share your ideas with us in the comments.

USP studies masks with up to 97% effectiveness against coronavirus