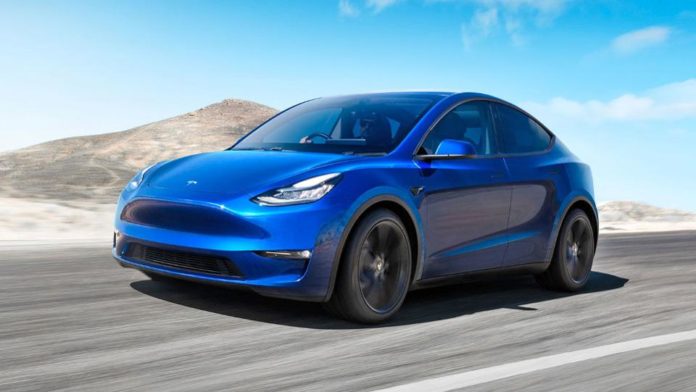 US-based electric vehicle maker Tesla shared the first photo of the production version of the new vehicle Model Y, which will be introduced in the coming months. When we look at the shared photo, it is noticeable that there are not big changes in the vehicle.

Tesla, the electric vehicle manufacturer owned by Elon Musk, announced the future of the new Model Y crossover vehicle for the first time last year. Since then, the design of the vehicle and when it will come out have been wondering. As a matter of fact, Elon Musk said that the delivery of the new vehicle will begin in March, during the company’s revenue announcement this week.

The new Tesla Model Y will look like this:
When we look at the general lines of the vehicle, we can say that a great innovation is not noticeable. However, we can see that the ‘Falcon Wing’ doors in the Model X claimed so far have not been added to the vehicle, but the nose of the vehicle looks a little different. At this point, as Elecktrek points out, the ‘Chrome Delete’ view, which is preferred by some customers and removed from the bright parts, will be the standard for Model Y.

In addition, Model Y is expected not to lose the momentum displayed during previous tests. In other words, as stated in the announcement, the vehicle’s range is estimated to increase from 280 miles (450 km) to 315 miles (507 km). Elon Musk describes this increase in range capacity as a fruit of ongoing engineering work for the four-wheel drive version of Model Y.

Model Y, which has not started its serial production yet, can reach 0 to 100 in just 3.5 seconds. These performance values ​​make the vehicle a candidate to be one of the best in its class. Then we will see if Model Y, whose first deliveries will be made in March, will fulfill the company’s promises.

Scott Pilgrim, the power of love and beat’em up