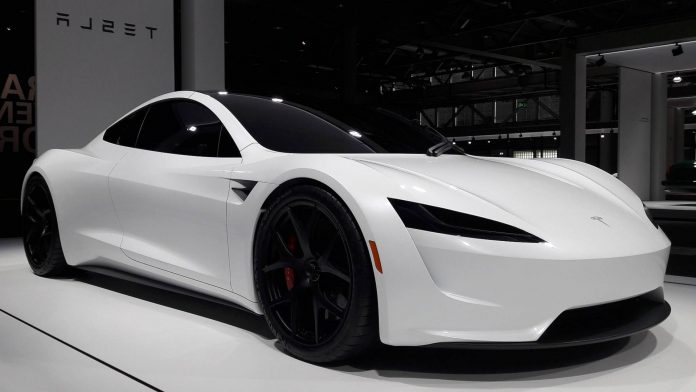 Tesla CEO Elon Musk says production of the company’s next Roadster won’t begin until “next year,” roughly two years after the car was initially scheduled to go into production.

In a tweet, Musk suggested that work on the car’s “three-motor powertrain and advanced battery work” were to blame for the lag. Musk says Tesla hopes to finish engineering this year and have a “launch candidate design that can be conducted by late summer.”

The hope, however, is that when it arrives, the Roadster will be a vehicle with formidable specs. When it was announced, Musk said the Roadster could hit 620 miles on a single charge, hinting at a top speed of more than 250 mph. He also said that its triple-motor powertrain (which includes one electric motor in the front and two in the rear) will allow the car to accelerate from 0 to 60 in just 1.9 seconds, and from 0 to 100 in 4.2.

This is how electric cars are made at Tesla

In the most recent year, Tesla came into the spotlight after becoming the world’s most valuable vehicle company, with a staggering 700% increase in its share value.

It is worth mentioning that its manufacturing processes are not different from those of its competitors, it relies on robots and automated processes, but the whole attraction of Elon Musk’s company is in the production of its entirely electric cars, identified as Model 3 and Model Y .

Somagnews informs you that from the official Twitter account, Tesla made known in some videos part of the manufacturing process of its electric cars. With a repetitive and synchronized movement, the production unveils the automated process of stamping metal plates that are destined for the production line of electric cars at the factory in Freemont, California.

It is important to clarify that these productions are added to another official video of Elon Musk’s company, where the manufacturing process of the batteries used by Tesla electric cars is exposed. This video was part of a campaign by the automaker with the aim of summoning new applicants for different positions in its factories in Texas, United States, and in Berlin, Germany.

Xiaomi Mi 10S Pro will raise the bar with the camera!