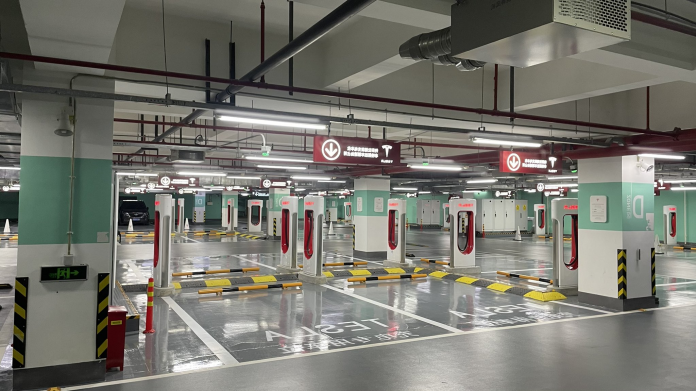 Tesla opened the largest of the supercharger charging stations used for charging its electric cars in China. There are exactly 72 chargers at the facility in Shanghai.

Tesla, one of the pioneers of the electric car industry, announced the Supercharger charging station in Shanghai with a statement from the Chinese social media platform Weibo. This station has the distinction of being the biggest station of the company until now.

Electric cars are popular in China

Although there are 72 stations in the station located at the central point called Jing’an International Center, it has been announced that these stations are V2 versions. That is, they have a lower charging rate than the V3 stations in Fresno. By the way, let’s also mention that Tesla Model 3 and Y also support V3 charging.

Electric cars are very popular in China. More than 20,000 Model 3 electric cars manufactured in facilities in this country are driving the streets of China. Consequently, this country has become one of Tesla’s most important markets.

It is stated that Tesla’s Gigafactory 3 plant in Shanghai produces more than 23 thousand electric cars. Some of these cars are exported to Europe and other countries, while others are sold to the Chinese market. Therefore, the need for Tesla charging stations is also increasing.

Although 2020 is not a very pleasant year to remember, it was a good year for Tesla. During this period, the company’s shares almost took off, and he managed to make Elon Musk one of the richest people in the world.

Outside of countries like China, the electric car market is getting more and more active. In our country, work continues for the domestic electric car TOGG. Many companies around the world are making preparations to enter this market. What do you think about electric cars?

Huawei Can Recover From US Sanctions With Software