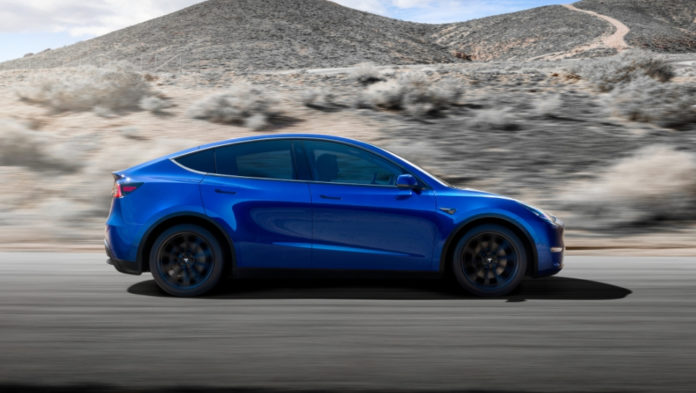 Tesla’s crossover vehicle Model Y, which he says will begin deliveries next month, was seen in California on a roof rack. Recorded on CA State Route 237, this video gives tips on how Model Y will look.

Tesla, which plans to increase its production significantly in 2020 and later, announced the future of the new Model Y crossover vehicle for the first time last year. Since then, the design of the vehicle and when it will arrive has been wondering. As a matter of fact, Elon Musk, the company’s CEO, said that the delivery of the new vehicle will begin in March during the company’s revenue announcement.

Meanwhile, the new Model Y, which was shared for the first time with the photos of the production model, was seen this time with the roof rack completely mounted on the glass ceiling. This video, recorded on CA State Route 237 near the center of Tesla’s Palo Alto, gives clues as to how Model Y will look.

Model Y in this video shared by RTK is reminiscent of the model version of Model 3, which Tesla currently offers in its online store. At this point, if we consider that Model Y is largely based on the Model 3 platform and shares about 75% of its components, we can say that even if the roof trunk is not the same, Model 3 will be very similar in terms of design and equipment.

At this point, we say that although the Tesla Model Y does not come with the standard roof rack, the vehicle may have different configurations. In other words, Tesla can offer different configurations in Model Y through the company’s online store just like Model 3. This means that customers can get the Model Y version they want.

Model Y, which has not started its serial production yet, can reach 0 to 100 in just 3.5 seconds. These performance values ​​make Tesla’s new crossover model a candidate to be one of the best in its class. Then we will see if Model Y, whose first deliveries will be made in March, will fulfill the company’s promises.