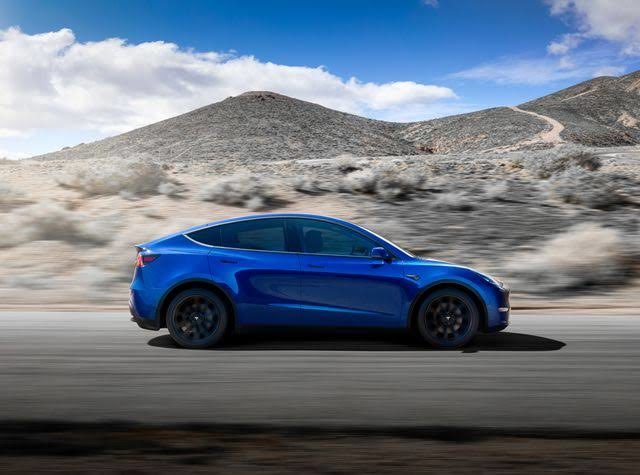 The first images of the Model Y prototype were shared in a forum called Tesla Motors Club last night. A user named Cstreet who shared the images obtained through the Dashcam feature of the Model 3 with the members of the forum, uploaded the images recorded by the front and side cameras of the Model 3 after heavy demand.

The Dashcam feature, which comes with the software update Tesla released last year, enables the autopilot camera images in front of the cars to be recorded. Now that feature, the US company has not yet released the first electric SUV model Model Y was able to capture during the test drive.

Model Y, Tesla’s fifth new car design, was introduced by the company’s CEO Elon Musk last March. Musk said that their first electric crossover would begin production in the autumn of 2020. Developed on the Model 3 platform, the vehicle has a similarity with Model 3, which is close to 80 percent.

As you may recall, Tesla faced many problems in the production process of Model 3, and even the problems brought the company to the brink of bankruptcy. It seems that the American company, taking steps to avoid similar things in the production of Model Y, has learned lessons from the past.

Model Y, which incorporates Tesla’s latest innovations in both electric vehicle design and production, has the potential to become the company’s most lucrative and most popular vehicle. The standard version of the vehicle will start at $ 39,000 with three different models. The performance-driven version of the Model Y will be $ 60,000 in 3.5 seconds from 0 to 100 kilometers.

Joker: Donald Trump says what he thought of the movie!