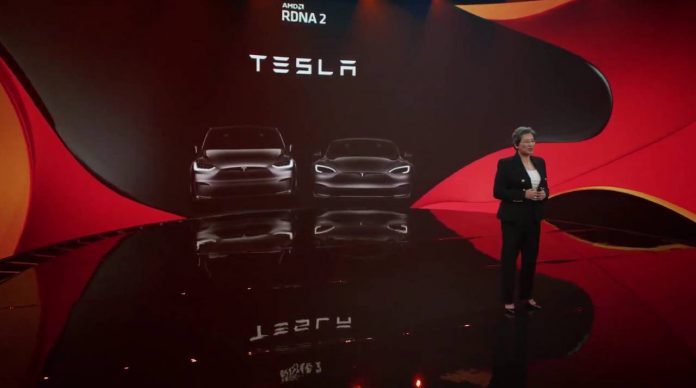 In the past months, it has been announced that the Tesla Model X and S will be renewed. AMD confirmed at its event today that they will add graphics hardware with RDNA 2 technology to Tesla.

Introducing the new Model X and S in January, Tesla announced that the developed infotainment systems will have 10 Teraflops of processing power. After the statement, it was claimed that the company will use AMD’s technologies.

The Tesla Model S 2021 will use the Navi 23 graphic interface. Thanks to Navi 23, which can provide 8 GB GDDR6 memory and a total bandwidth of 224 GB / s, Tesla Model S will be able to give game console performance.