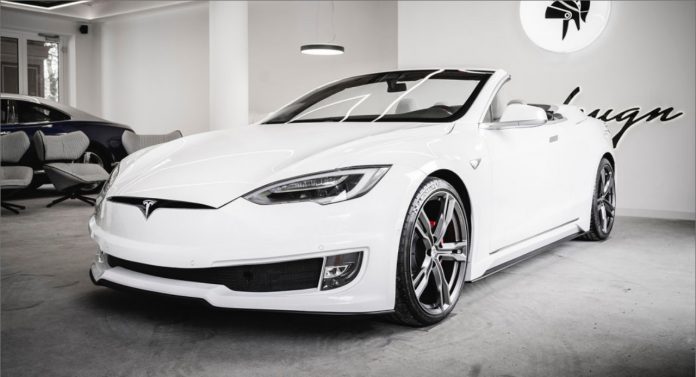 Italian design giant Ares Design has transformed Tesla’s electric car Model S into an open-top and two-door car. Tesla Model S, which has a special design commissioned by an anonymous customer, stands out as a one-off example.

The only Tesla Model S of its kind

In addition to the ceiling, the rear doors and B pillars of the custom designed Tesla Model S, commissioned by an anonymous customer, have been removed. In addition, the front doors have been extended.

The chassis reinforcements added to Tesla Model S to provide as much strength as possible give the vehicle a factory look with a fabric upper part gathered under a hard cover.

In addition, the renewed Tesla Model S has a special carbon fiber body kit including front splitter, side skirts and rear bumper accent. Tesla Model S, which lost the upper part and the rear doors, has a significantly revised rear section and custom rear seats.

The rest of the interior preserves Tesla’s factory look. In addition, every surface is now covered in white, black and orange leather.

The special Tesla design is not Ares Design’s first special superstructure design. A few years ago the design firm did the same on the one-off Bentley Mulsanne Coupe.

Finally, let’s note that the cost of the special design Tesla is not disclosed.