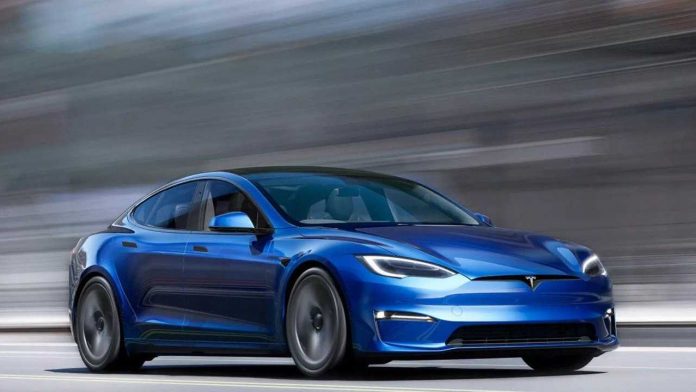 Tesla Model S Plaid: ‘fine tuning’ statement came from the company. Tesla, which has been on the agenda with the accidents involving driverless cars recently, made a new statement about the Tesla Model S Plaid, which is expected to debut with the claim of the fastest mass production vehicle in the world.

Tesla CEO Elon Musk announced with a tweet that the delivery event, which was previously planned to be held at the company’s California factory on June 3, was postponed to a later date. Musk explained the reason for the postponement for a very interesting reason.

Elon Musk explained the reason for delaying the delivery of Tesla Model S Plaid, which he claimed to reach 0 to 100 kilometers per hour in under 2 seconds, as “it needs one more week of fine tuning”.

The CEO of the company gave serious praise in the same tweet, saying that the car makes its user feel like a spaceship and that words cannot describe this feeling. On the other hand, Elon Musk also repeated the company’s claim that the vehicle is the fastest car in mass production.

According to previously announced data, the Tesla Model S Plaid is expected to have a range of more than 620 kilometers. The maximum speed of the car will be 320 km / h. In addition, the car will go on sale with a price tag of 113 thousand dollars. On the other hand, Tesla is also working on a high-end car called Model S Plaid+. According to company data, this car will meet with users towards the middle of 2022 with a price tag of 143 thousand dollars.

Tesla Model S Plaid, which is highly anticipated by users and comes with serious claims, will be delivered to its buyers on June 10 after a one-week delay.

Volkswagen Is In Trouble With The April 1 Joke

China tests a hypersonic missile armed with a nuclear warhead and...