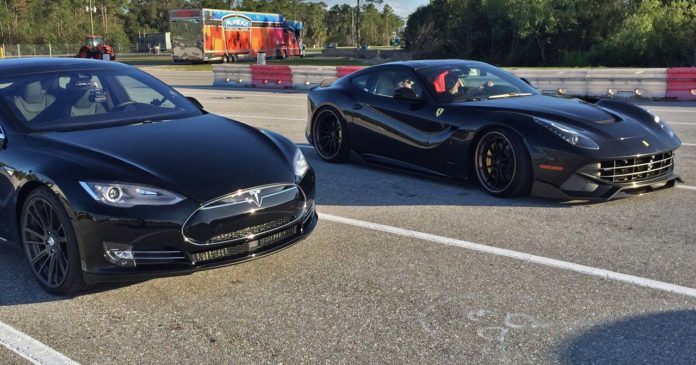 We have seen many times that Tesla vehicles are superior in drag races against different brands of cars. So who would win if Tesla Model S had a drag race between Model 3 and Model X. Let’s take a closer look at the answer to this question.

Tesla, the CEO of Elon Musk, is a company that is frequently mentioned by the electric cars it produces. The high speeds and torque values ​​of Tesla’s vehicles are also a fact known to those who follow the market. Tesla vehicles have been the guest of drag races, where speed and torque values ​​can be easily seen as well as take-off power, and succeeded in defeating their rivals.

Carwow, a website that produces content in the field of automobiles, said, “What happens if we race Tesla vehicles that beat their competitors?” To answer the question, Tesla created a content that included Model S, Model 3, and Model X. Let’s take a closer look at this highly contentious race and technical differences between vehicles.

Here is the drag race between Tesla Model S, Model 3 and Model X:

It should be noted firstly that all three cars that were taken guests to the drag race had two engines and four wheels. The differences between Tesla Model S, Model 3 and Model X can be examined in 2 sub-categories, generally power and weight.

You can make a comment about who is the winner of the drag race by looking at the numbers mentioned. Do not forget to keep your answers in mind and share with us in the comments section whether you have an estimate after watching the video.