Home Tech Tesla Model S Makes Up After Many Years 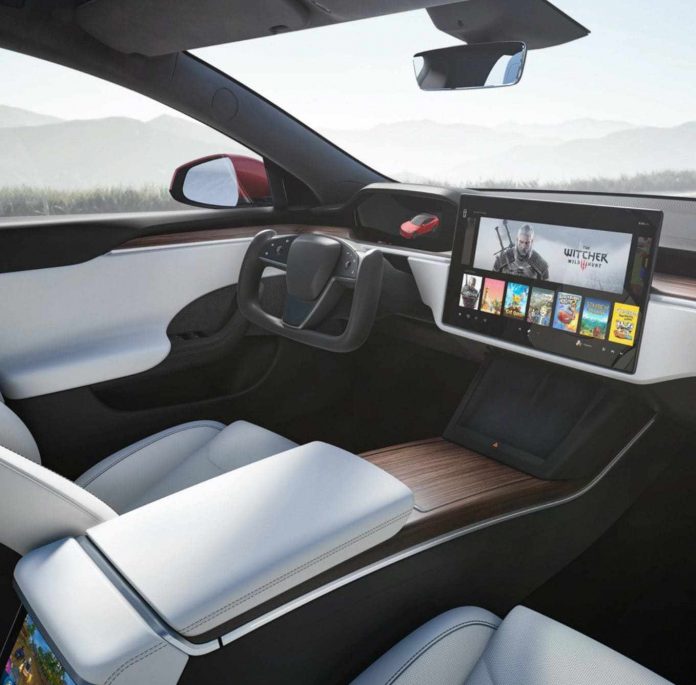 Tesla, the autonomous automobile giant, offers a make-up version of the Tesla Model S, which has not been processed for a long time. The new model, which makes a difference in both exterior and interior design, will be available in 3 different versions.

Tesla is preparing to offer the Model S vehicle, which it launched in 2012, for the first time by renewing it with a big change. Changes will be made not only to the Model S, but also to the Model X, the company’s SUV vehicle.

Tesla, who renewed both the exterior design and interior of the Model S, has released new photos showing some important changes. The facelifted Model S has a butterfly steering wheel and extremely high resolution multimedia screens.

The renewed Model S has a number of innovations on the exterior of the vehicle, including a large glass roof. However, we can say that the biggest change was made in the interior. The most striking change was the addition of the butterfly design steering wheel used in Roadster model vehicles to the Model S.

Tesla had positioned the multimedia screen vertically in Model S vehicles until this time, but in the new version, this screen was made horizontal and the resolution was increased from 1900 x 1200 to 2200 x 1300.

Elon Musk not only thought of the driver, but also the passengers sitting in the back seat, and added an 8-inch screen just above what we could call the shaft tunnel if it was a motorized car. This screen allows passengers to experience a wireless gaming experience.

Not only the design but also the driving range has changed

Toyota Restarts Production at 14 Plants That It Stopped Due to...