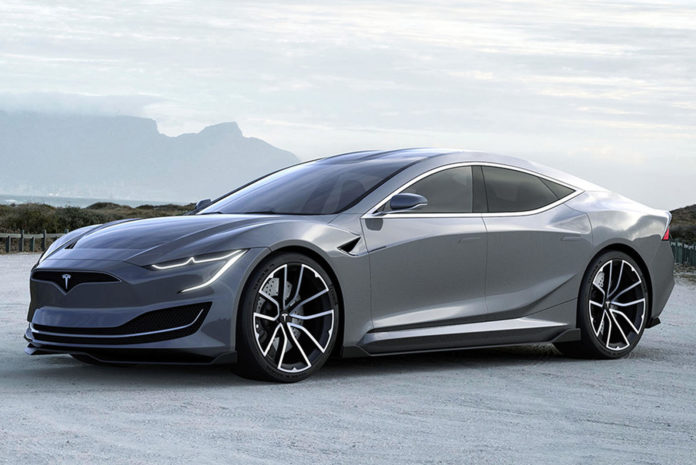 Tesla’s Model S car, which offers high performance, is lagging behind in terms of design. However, Turkish designer Emre Hüsmen’s touch brings the electric car to the line it deserves.

Tesla has come a long way since introducing its groundbreaking electric car Model S in 2012. It is time to redesign Tesla’s flagship model, which has won acclaim not only for its technology but also for its design. Turkish designer Emre Hüsmen’s Model S work brings a fresh breath to the car.

Emre Hüsmen’s design, which shares his works through Behance, makes him feel that the current Model S design is getting old and that the new model should come with a more exciting design. The design of the Tesla Model S is no longer sufficient for a performance electric vehicle. Although Tesla updated its electric sedan by lifting the front grille in 2016, Hüsmen’s work shows that much remains to be done.

Tesla Model S concept with a much more dynamic and harsh appearance
Hüsmen’s concept reflects the capabilities of the Model S, giving it a more modern and more aggressive look. After all, we are talking about an electric car that can reach 100 km / h in 2.4 seconds. Successful design, the power of the vehicle literally reveals and ‘I wish it had’ says.

When we look at the rendering images, it can be thought that the concept is more like Fisker than Tesla, and this determination is not really wrong. Elon Musk and Tesla hired renowned designer Henrik Fisker to help with their initial design work at Model S. However, 12 years have passed and automotive design has progressed significantly since then.

Tesla will surely have to redesign the Model S. We hope that the result will be a modern and stylish design along the lines of Emre Hüsmen rather than an exaggerated appearance like Tesla Cybertruck.