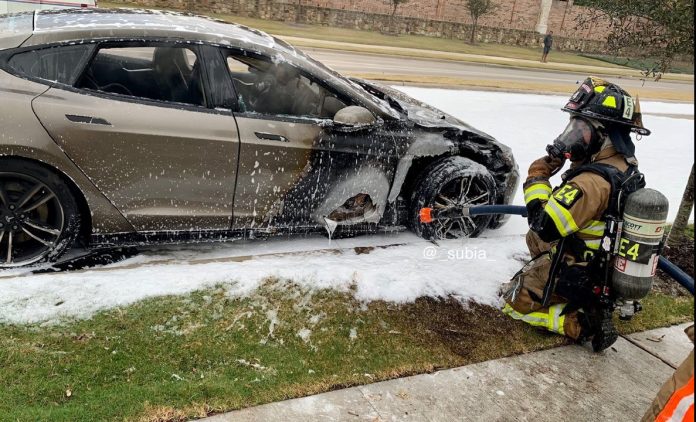 Tesla, the first company that comes to mind when it comes to electric cars, started to burn while it was parked. This fire in the old model Tesla has raised questions about the durability and safety of the vehicles.

We have previously reported various news about the electric vehicles produced by Tesla, of which Elon Musk is the CEO, suddenly ignited. We are here with another Tesla and another fire news. This time the fire incident took place in Dallas, USA.

The Tesla Model S of the 41-year-old Usman Ahmad started burning while parked. The point where the fire that occurred in Tesla Model S intensified was the wheel on the front passenger seat. Ahmad said the flames from the vehicle were very strong.

“Fires are related to the battery used”

Especially the old Model S and Model X vehicles started to receive more fire news, and according to experts, these fires are related to the battery used in the vehicles. Of course, this raises questions about the safety and durability of vehicles as they age.

Tesla said that when the number of accidents per mile is calculated, the probability of his company’s vehicles burning down is 10 times less than the burning of fuel vehicles. While 5 Tesla fires occur per 1 billion miles (1.6 billion km), on the other hand, 55 vehicle fires per 1 billion miles.

In addition, not only Tesla, but also other manufacturers have problems with fires in electric vehicles. The Traffic Safety Administration announced last month that General Motors has recalled more than 50,000 Chevrolet Bolt electric vehicles in the US due to the possibility of fire.

A ‘gloomy’ trailer shared for STALKER 2