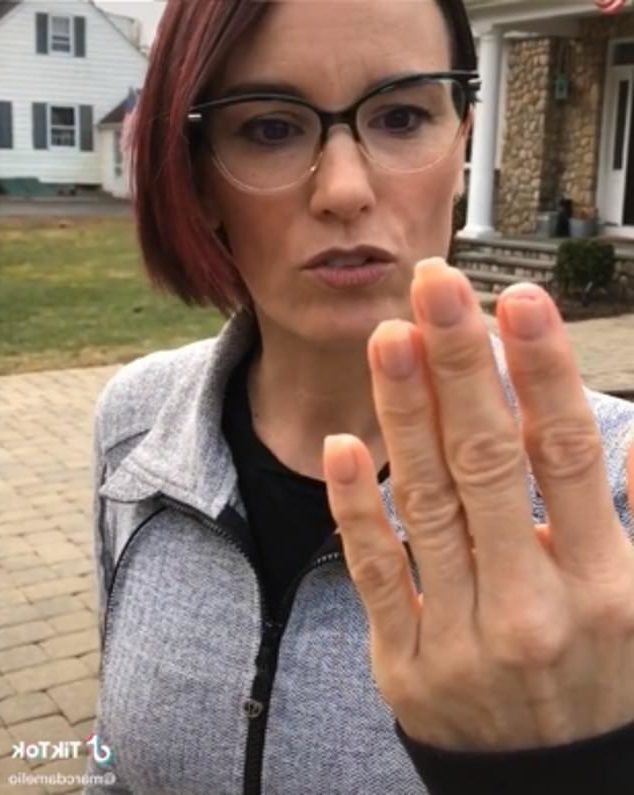 TikTok celebrity Marc D’Amelio shared the moments when Tesla vehicles cut the nail of his wife’s door handle like a guillotine from his TikTok account. The woman told Elon Musk that her finger hurt a lot due to the incident.

Tesla vehicles, which have been on the agenda with accident news recently, came up with a very strange news this time. The video, shared by TikTok celebrity Marc D’Amelio, features images where the door handle of the electric vehicle rips the nail of Marc’s wife like a guillotine.

Describing the incident with the words “Second time, Tesla… I tried to open the door and the door handle broke my nail like guillotine, it hurts very badly”, Heidi tells these moments by repeating Elon Musk. Seeing that her broken nail is stuck in the door handle, the woman gets angry by forgetting the pain of her finger when she realizes this.

Heidi, who made the situation worse while trying to remove her nail from the door handle she was pinned, seems to have forgotten the pain of her finger for a moment after her wasted efforts. Recording these moments, Marc D’Amelio jokes when he sees that his wife is disappointed, saying “Tell Elon Musk you owe you a manicure”. You can watch the video from the window above or you can reach the video by clicking here.

Aware of his more serious problems than this, Marc posted the video from his TikTok account, saying, “First world problem. Tesla manicure ”. This title is often used in conjunction with a joke for the not-so-serious problems of people living in the first world countries.

This video, which has more than 600,000 likes and more than 3,000 comments, is found quite entertaining by some people, while others think that the event is overrated and that Tesla is not his fault. At this point, whether the problem is in Tesla vehicle or in woman is the subject of the agenda in TikTok. What do you think about this video? You can share your thoughts with us in the comments section.

Mount & Blade II: Why Bannerlord Will Come With Early Access...