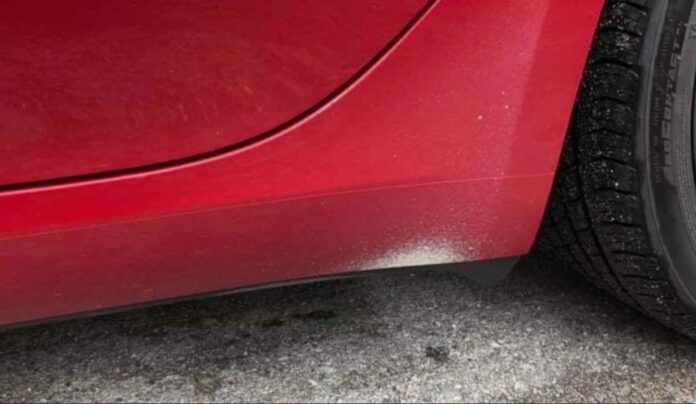 Tesla users, who live in cold places where the roads are usually covered with salt and sand, realized that their vehicles had paint abrasion. After Tesla did not cover this issue under warranty, a user decided to sue Tesla. Users demand $ 500 from Tesla as well as solving the problem.

Tesla, which is in a very strong position in the production of electric cars, can not stand up to the lawsuits recently opened to the company. Having to deal with cases many times due to different issues, Tesla is facing a financial compensation case this time. Model 3 owners, one of the company’s bestselling models, took breath in court due to a problem with their cars.

Tesla Model 3 users in some places where salt and sand were used on the roads where winters were harsh and for this reason, noticed the paint deterioration that appeared surprisingly quickly at the bottom of their cars. Despite Tesla’s “All-Weather Protection Kit”, which is offered free of charge to users living in cold climates, the reaction of these vehicles at once became a reaction.

Here is the problem faced by Tesla Model 3 users:

Tesla offers this protection kit to its users with “All Weather Protection Kit free of charge to help protect your paint from stone chips in certain regions where heavy salt, sand and gravel are used to improve winter road conditions. Self-installation instructions are included”. The emergence of a problem pushed users to court.

Especially in the Canadian region; The harsh winters, the roads being this way and the fact that there were a lot of Model 3 users in that location caused many problems in that region. Upon Tesla’s refusal to repair these paint problems, Jean-François Bellerose, a Model 3 user, decided to open this case against Tesla.

Bellerose stated that Tesla did not cover this problem, and an auto mechanic offered $ 4,700 to fix it. Bellerose, who is now looking for other users who suffer from this situation, is requested by Tesla, and every user is paid $ 500 with the problem solved. What will be the outcome of the case, which is currently in the court process, is eagerly awaited by many.