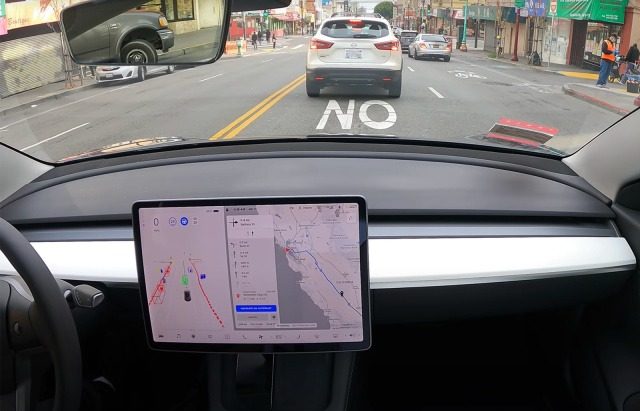 Tesla’s autonomous driving mode, called Full Self-Driving (FSD), is still in the beta phase. However, this does not prevent some car owners from already extensively trying this mod. The YouTube channel Whole Mars Catalog traveled from San Francisco, USA to Los Angeles, almost without driver intervention, with the FSD-compliant Tesla Model 3. The driver stepped in to get rid of the debris on the 615-kilometer road just near Los Angeles.

The Whole Mars Catalog underlined that this is the first record to show that FSD mode can travel such a long distance without driver intervention.

The FSD mode is still under development. In addition, although there is talk of autonomous driving, the driver should not take his hand off the steering wheel in this mode. Still, the video in question is important in showing how far Tesla’s autonomous driving technology has progressed.

Although Tesla Model 3 can travel more than 600 kilometers with FSD mode, it should be noted that a regional factor also plays a role here. The climatic conditions of the US state of California are quite suitable for Tesla’s camera-based system. However, it is stated that this system may need LiDAR and other sensors in more difficult weather conditions.

Slack Officially Complains About Integration Between Office And Teams