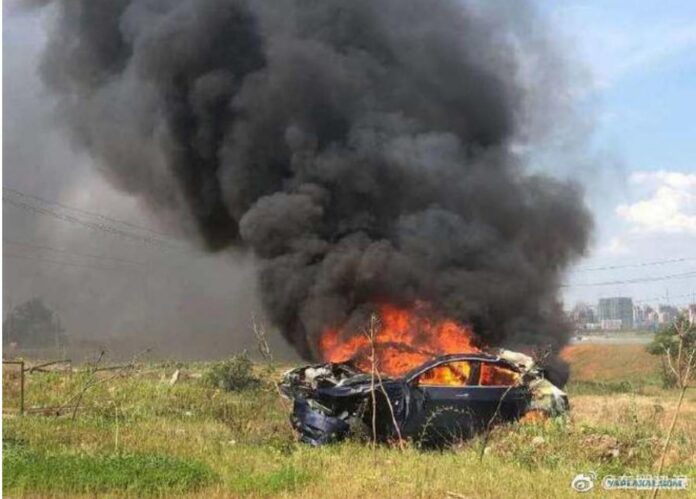 Known for his electric cars, Tesla came to the agenda when Model 3 got involved in an accident in China. Tesla, who suddenly accelerated while driving, hit somewhere and set fire. It is thought that the fire started from the engine part.

With the advancement of technology, electric cars entered our lives. Although these vehicles are becoming more frequent on the roads, their safety continues to be discussed. The security provided by Tesla’s vehicles, especially the electric vehicle industry, comes to the agenda. Now the flaming of a Model 3 in China turned the arrows back on Tesla.

Tesla Model 3 was awarded the 2019 Top Safety Pick + award from the same agency after achieving a ‘good’ performance in crash tests led by the Road Safety Insurance Institute (IIHS). It was remarkable that Model 3, which proved itself with the successes it obtained from this institution in terms of security, involved in a very interesting accident. Let’s take a look at how the accident happened without further ado.

The fire started from the engine part of Model 3:

According to the first reports from the Chinese media, Tesla Model 3 suddenly accelerated while driving with the driver and the speed of the vehicle reached a speed of 127 km / h. Even though the driver trying to cut the speed stepped on the brakes, the brakes did not function and the vehicle was able to stop crashing. Model 3, which burns under the influence of the collision, bursts after burning for a while.

The comments made by going out of the photos where the fire was seen show that the fire started from the engine section after the collision and surrounded the back of the car. Tesla made a statement shortly after the accident and stated that they were investigating the accident with the Chinese government. Since the data of all Tesla vehicles can be obtained, it was announced that the accident will be analyzed by monitoring these data.

Although nothing definitive has yet been announced, the accident is thought to be due to Tesla’s Autopilot feature, which has been discussed for some time. It is curious how Tesla, who came to the fore with Autopilot accidents this year, will follow.

Uranus and Mars line up in the sky this Thursday