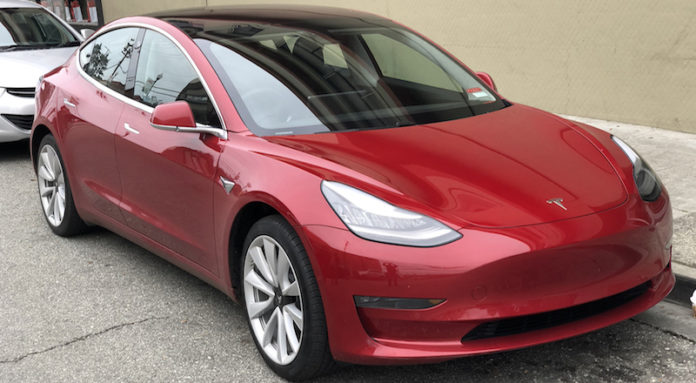 Tesla, which has come to the agenda with its vehicles that have accelerated without warning in the past weeks, has finally broken its silence against these claims. In the statement made by the company, it was emphasized that the vehicles were working ‘smoothly’.

As you may recall, the electric car maker Tesla has been criticized over the past few weeks on the grounds that some of its vehicles have accelerated without warning. The U.S. National Road Traffic Safety Administration (NHTSA) was under investigation for this 500,000 Tesla branded vehicle, which is said to have accelerated unexpectedly.

There was no official statement from the Tesla front as part of the review covering the Tesla Model S (2012 to 2019), Model X (2016 to 2019) and Model 3 (2018 to 2019). The company, which finally broke its silence, said in a statement: “We are investigating every incident that drivers claim that their vehicles suddenly accelerate. In every case we received the data of the vehicles, we have verified that the car is working as designed ”.

Tesla: ‘We proved that the vehicles are working properly’
Tesla has had a long-standing controversial relationship with government officials, including NHTSA, but in today’s statement Tesla said that they are transparent to NHTSA and routinely review customer complaints about unexpected accelerations. However, the company stated that they discussed most of the complaints with the authorities and proved that the vehicles were working properly.

Tesla CEO Elon Musk argues that people affiliated with oil companies make such claims about the company. Elon Musk thinks that these people, who are qualified as ‘stock brokers’ in different sources, want to put Tesla in a difficult situation with the support they receive from oil companies.

The statements made by Tesla indicate that the claims are unfounded and this is a smear campaign for the company. Nevertheless, it is known that many Tesla users have been complaining about different problems such as Autopilot except for this event. What do you think about this subject? Are these claims really being made to put Tesla in a difficult position? You can share your ideas with us in the comments section.

The Number of Views You Will Have A Hard Time Reading...

Kylie Jenner: this superb room tour of her 36.5 million dollar...

You Can Watch Movies Without Subtitles With Google Translation

There is a Feature to Improve User Privacy in the New...