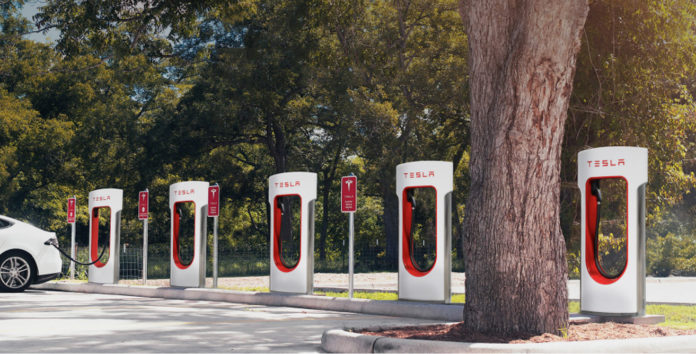 The electric car giant Tesla has made Superchargers free for Chinese users to navigate comfortably throughout the country. The company said it will continue this support until the Corona virus outbreak ends.

As you know, the Corona virus epidemic, which erupted in Wuhan, China, is now spreading all over the world. The virus has been transmitted to 4,473 people to date and caused 107 people to die . Of course, China is the country most affected by the virus.

4,409 of 4,473 people found to be carrying the Corona virus in the world are located in China. A few cities in the country are under quarantine, and many of the public transport are out of use. Of course, in such a situation, citizens in the country need their own cars to go from one place to another.

To help people who can’t use public transport, Tesla has made Supercharger completely free to Chinese users . Vehicles that can benefit from Supercharger stations in the country do not have any separation, all Tesla vehicles from Model 3 to Model S and Model X can be charged free of charge.

Tesla’s move was revealed by the sharing made by Chinese Tesla users. Tesla’s Chinese branch has issued a statement for users in the country . The statement published contained the following sentences:

” We are opening Corona, virus outbreaks in transport in order to bring it even easier for you until the end of the epidemic, starting today, all Tesla cars of charge free of Supercharger stations. We hope you can use seamlessly in case of need your car at this extraordinary process. ”

Tesla’s support for Chinese users is not the company’s first support for such situations. Tesla previously made Supercharger stations free to help people affected by the hurricane Dorian in Florida, USA .