Home World Tesla Is Involved In Another Fatal Accident 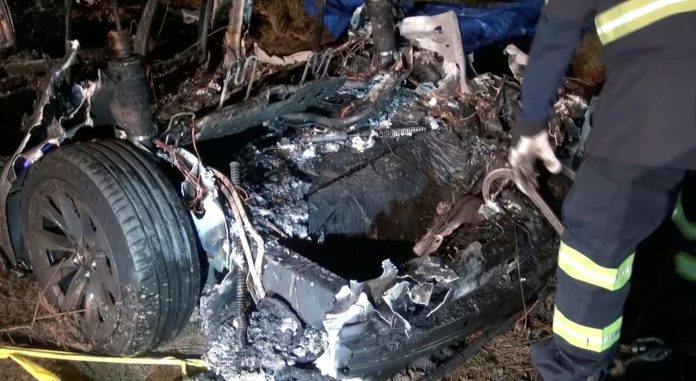 Tesla, which appeared in the market with its electric and autonomous cars, was involved in another accident. The driverless Tesla, who recently buried 2 people in the USA, this time was involved in a fatal accident in China.

After the increase of brake and autopilot problems in Tesla cars recently, the company had serious reactions. In fact, a Tesla owner woman said, “Tesla brakes do not work,” at the Shanghai auto show that took place recently, wreaked havoc.

The accident that took place yesterday evening was announced by Guangzhou Zengcheng Police. It was stated that the engine of the vehicle caught fire as a result of the accident and 1 person died. The cause of the accident has not been revealed precisely, but information claimed that the Tesla car hit a concrete bridge on the side of the road while trying to overtake a vehicle in front.

Recently criticized for allegedly not dealing with the problems of consumers, Tesla contacted the Chinese authorities after the accident and promised to cooperate 100 percent. At the moment, it is not known for certain whether the vehicle had an accident due to its “autopilot” feature or any other reason. More new information will emerge in the coming days.

What do you think of these accidents, do Tesla cars really have a chronic problem? We are waiting your comments.

Firefox: How to open Firefox with the tabs of your previous...