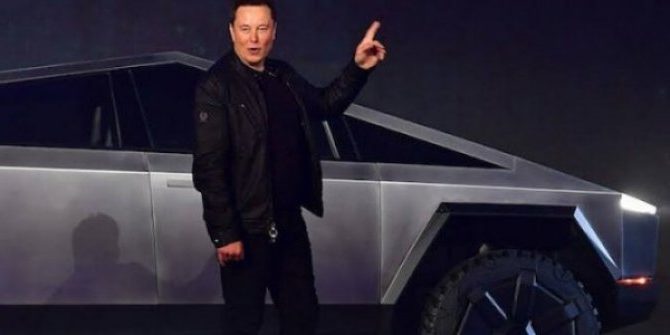 After Tesla shares reached $ 100 billion, targets started to reach trillion dollar levels. Elon Musk is undoubtedly one of the most important factors behind this success and according to some, he is on his way to becoming the world’s first trillionaire.

Tesla, whose shares have more than doubled in four months, recently became the second most valuable automobile manufacturer in the world after Toyota. Of course, after this success, the eyes turned to Tesla CEO Elon Musk. Elon Musk, which owns a large part of Tesla shares, has the chance to be the first trillionaire in the world according to some.

Elon Musk is one of the most famous entrepreneurs in the world that has achieved great success and has reached a huge fan base over the years. While some followers on social media continue to make bullish predictions about the future of Elon Musk or Tesla, it is being discussed whether the Tesla CEO can really be a trillionaire.

According to the share, if Tesla reaches all its goals and a market value of $ 650 billion, Elon Musk will have approximately 30% of the company and a $ 195 billion worth of shares. So Musk will be the richest person in the world. According to this table, it is possible for Elon Musk to reach trillionary title over time. However, considering the figures, Musk, whose net worth is $ 22 billion now, will have to increase his efforts much more if he reaches this big target.

On the other hand, Tesla lags behind in production compared to similar car companies in terms of efficiency and sales rates. As a matter of fact, Volkswagen produced exactly 30 cars in comparison with 1 of Tesla’s cars last year. However, it still remained under Tesla in value. Tesla has outperformed important manufacturers such as BMW, Volkswagen and Daimler (Mercedes) with its latest market value. Now you don’t need to make big gains to raise stock values ​​today.

Aside from the billionaire rivalries, Tesla’s value seems unlikely to reach the $ 650 billion target. Analysts think Tesla’s true value is far below its current value. Therefore, Musk’s fortune, which is estimated to be approximately 22 billion dollars, is difficult to reach trillion level in the short term.