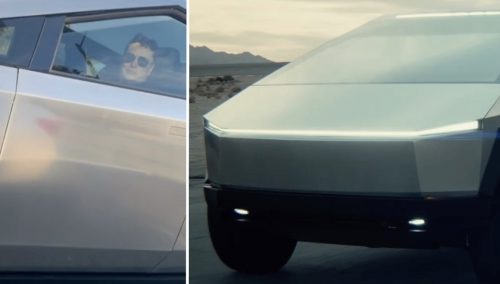 Tesla CEO Elon Musk and comedian Jay Leno, who owns the YouTube channel “Jay Leno’s Garage”, was spotted during a tour with Cybertruck. He attracted attention with his pleasant attitude when Elon Musk was displayed.

The two were apparently behind the wheel for a shot on the YouTube channel “Jay Leno’s Garage”. Musk smiles at the camera after realizing that he was filmed on the video. In fact, it was no coincidence that the route drawn by Leno and Musk with Cybertruck was near the SpaceX headquarters. According to estimates, the duo also passed through the Los Angeles test tunnel by the infrastructure and tunnel construction company The Boring Company, founded by Elon Musk during the video shoot.

Tesla made a great start to 2020 after Cybertruck, which was strikingly introduced last year and was the event with its design. Following the rumors that Tesla Model Y deliveries will start earlier than expected, Tesla’s market value reached $ 100 billion for the first time this month. The company is now more valuable than the sum of GM and Ford. Tesla also made its production facility in China operational in a record time of 10 months.

In addition, Tesla made an agreement to build another factory in Berlin. The company has thus taken a strong step towards becoming a global automobile manufacturer such as Volkswagen, BMW and Mercedes-Benz. So there is no reason for Elon Musk’s enjoyment.