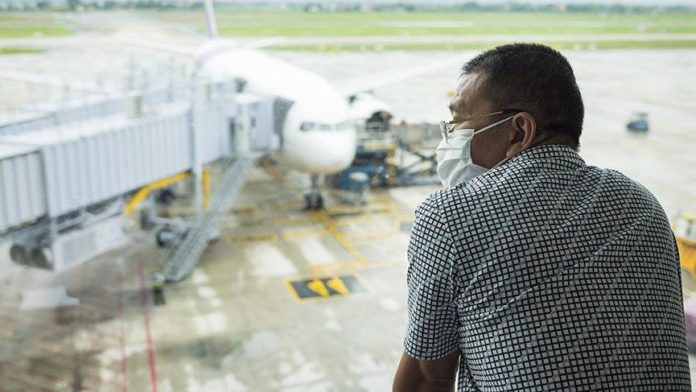 Falling footage of people who were caught in the city of Wuhan in China and caught the Corona virus, which caused 26 people to die, has emerged. In the published images, it is seen that the people who are infected with the virus fell to the ground suddenly.

The Corona virus, which appeared in Wuhan, China in December, continues to affect people. Since December 12, when the virus was first detected, 26 people have lost their lives due to the virus, while the total number of people caught the virus has reached 830. 177 of the 830 people affected by the virus have a severe condition.

The Chinese administration has quarantined the city of Wuhan, which has a population of 11 million, to prevent the spread of the Corona virus. In the quarantined city, 8 thousand 420 people who came into contact with people affected by the epidemic were also observed in hospitals.

As the Chinese administration continues to take drastic measures to combat the Corona virus, images of the fall of the infected people have also emerged. In the published images, people affected by the virus are falling to the ground suddenly while standing. The image of people who fall to the ground due to the effect of the Corona virus causes anxiety against the virus to increase.

The number of quarantined cities is increasing
Together with the city of Wuhan, where the virus was first observed, 7 more cities in Hubey were quarantined due to the spread of the virus. The cities of Wuhan, Huanggang, Icou, Shienning, Chibi, Shientao, Ciangiang, Chienciang located in Hubey province are currently under quarantine due to the virus.

The Chinese administration stopped the bus, metro and ferry services in these cities. In quarantined cities, businesses except hospitals, pharmacies, oil offices and markets were closed. Schools were vacationed in all quarantined cities, especially Wuhan, while the permissions of law enforcement officers such as police and soldiers were also revoked.

Where was the corona virus first seen and what are its symptoms?
The Corona virus was first detected in the city of Wuhan in Hubey province on December 12. The Health Commission in the city closed the market on December 31, announcing that 27 people who went to the Huanan Seafood Market were affected by the virus. The city of Wuhan was also quarantined as the virus spread rapidly and people began to die.

Officials say the Corona virus is transmitted by breathing. The first effects of the virus; high fever, sore throat, diarrhea, cough and shortness of breath. In the following stages, pneumonia and kidney failure occur due to the virus.

Fall footage of those infected with the Corona virus

Jack Dorsey: Bitcoin Has a Special Place for Black Americans

Miley Cyrus Single: We Know Why She Broke Up With Kaitlynn...