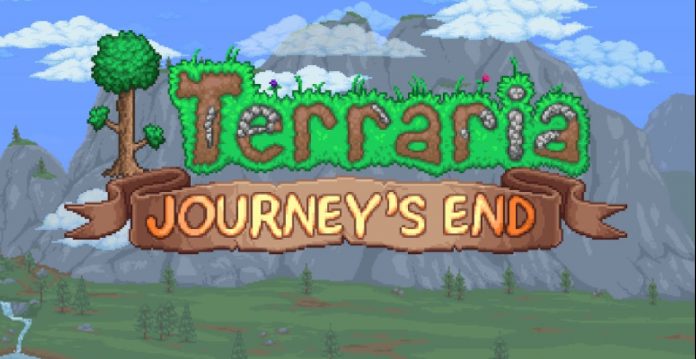 Sometimes we’re looking for something other than great graphics and a deep story in games. Games that keep things simple can attract our attention more. Terraria, one of the biggest examples of this, reached an important point in the table of sales figures. Released in 2011 and available on many platforms, Terraria is known as one of the best games of its genre.

Terraria, one of the best of the sandbox genre, is a darling of millions with its adventurous nature. Since the game was released in 2011, it has been constantly updated and added new content. Although the last of these updates came last year, the already enriched content of the game offers more playability for many years. Although the graphics of the game, which is similar to Minecraft in terms of its structure, is 2D, it is at least as rich as it.

According to the sharing made on the official Twitter account of the game, the sales figures exceeded 35 million in the total of all platforms. In addition, Terraria maintains its title as the game that received the most positive reviews on Steam.

Terraria passes 35 Million copies sold and takes the top spot on @Steam’s Top 250! Thanks for all of your support along the way. <3 https://t.co/BizPquIHJ3 pic.twitter.com/KOoI7Jkh7f

From a distance, it seems strange that such a simple game was a great success. Anyway, the basic of the game is to be simple. Exploring a 2D world constantly means an endless journey. If exploring this world alone sounds boring, you can also play the multiplayer mode.

The last update arrived in 2020

The last major update of the game was released in the summer of 2020. This update was the biggest update to the game and was large enough to keep the content of the game sufficient for years to come. Terraria gained the greatest momentum in sales figures at that time. Despite this, the game still continues to sell.

The platforms on which the game is available are quite wide: it can be played on Microsoft Windows, PlayStation 3, PlayStation 4, Xbox 360, Xbox One, PlayStation Vita, Windows Phone, Android, iOS.

To play the game on a PC, your system must meet the following requirements:

Marvel revealed the first look at the night werewolf on Halloween