Home Entertainment Terraria has overcome an incredible milestone on Steam 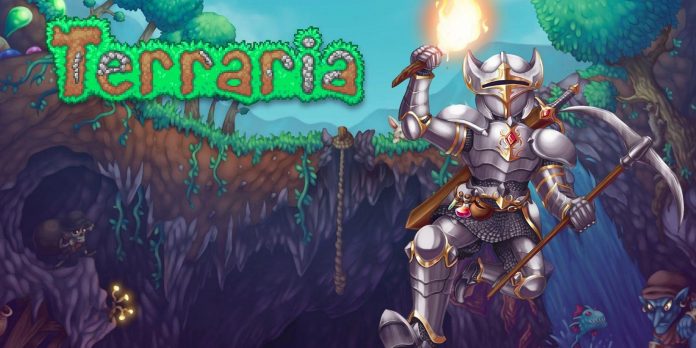 Originally released on PC back in 2011, Terraria has since established itself as one of the greatest video games of all time, received quite a few “final” content updates, and was eventually released on almost all relevant gaming platforms. has been available since then, from PS Vita to Google Stadia. And this record of unprecedented success continues to this day, judging by the latest revelations.

Namely, the players found that Terraria became the very first game on Steam with more than a million reviews, which retained its “Overwhelmingly positive” rating. The game has a staggering 97% approval rating on the platform, which means that it is quite possible that it has become the only game with the most positive reviews on Steam.

Originally created with a fairly small budget for an open-world game, Terraria achieved great success almost immediately after launch, as it combined the simplicity of a 2D platformer with the internal openness of a sandbox game such as Minecraft. Over the next decade or so, developer Re-Logic constantly supported the game with massive content updates, significantly increasing the player base over a long period of time. The end result of this approach to content production is now obvious: since 2011, Terraria has collected a whopping 795,376 positive reviews.

Although it is almost impossible to complete Terraria without a guide due to the huge amount of content available, the game is a mainstay for gamers from all over the world. In fact, he continued to receive endgame-level content for much longer than Re-Logic intended, with many additional updates provided even after his “last” batch of content was released.

Of course, all of this also means that Terraria is selling great, and that’s true. At the beginning of 2021, 35 million copies of Terraria were sold, and it goes without saying that this number has only grown since then. Attractiveness is also hard to miss. Terraria offers so much complexity and content that the player wants to interact with, and discovering new goodies after hundreds of hours of playing time is not unusual.

Moreover, Terraria has a lot of PC mods that make the game even better. Players can upload their own storylines, levels, gear, development trees, and even a completely redesigned combat system if they want to. Considering all of the above, perhaps it shouldn’t be too strange that this modest two-dimensional survival game has been as ridiculously successful over the past decade as ever.