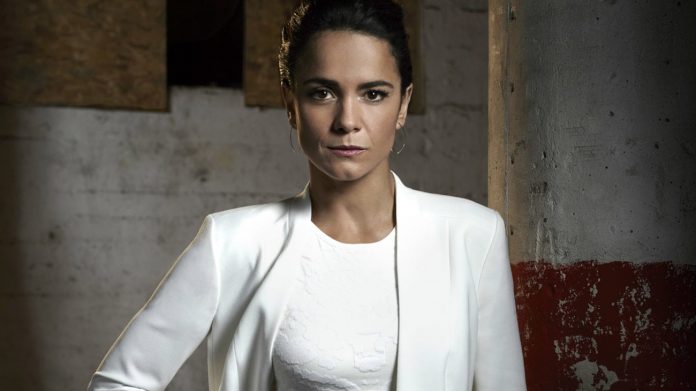 The popular Queen of the South series is preparing for its season 5 on the Netflix platform, but it seems that it is showing a tragic end for Teresa Mendoza, at the hands of James Rodríguez.

All the theories of the tragic fate that Teresa Mendoza (Alice Braga) will have, has been revealed since the first episode of Queen of the South, where a flashback showed the tragic end that the queen of the largest poster in the world would have.

Teresa’s flashback dream ended when a mysterious person shot her in the head when she was alone in the bathroom, so everything could point to James Rodriguez (Peter Gadiot).

Recall that James was missing for most of season four, but returned in the dying moments to warn Teresa of a pending danger.

However, there is a theory that James will end up being the one who murders Teresa, but the reason why he would do it is unclear. So fans have been talking about it.

“There is a parallel between a scene from that episode and the opening of the pilot where they shoot him.”

“When James looks at her through the glass windows at the party, he reminds me of the pilot.”

“Obviously, she looks vulnerable, like a deer in the headlights in comparison, because she’s not a queen yet.”

“But that’s the first scene we get where the audience knows James’s killing style and we all know how he dies, supposedly.”

However, other viewers don’t think it makes sense for James to end it all for the queen, having tried to protect her from her at all times. But, the reality is that it is not known what will happen later in the new season.

So far it has been revealed that half of season 5 of Queen of the South has already been produced, so very soon we could see the criminal series again on the Netflix platform.

Powers of Vanya Hargreeves were revealed from the start