Home Sport Ter Stegen, who has to do self-criticism in LaLiga 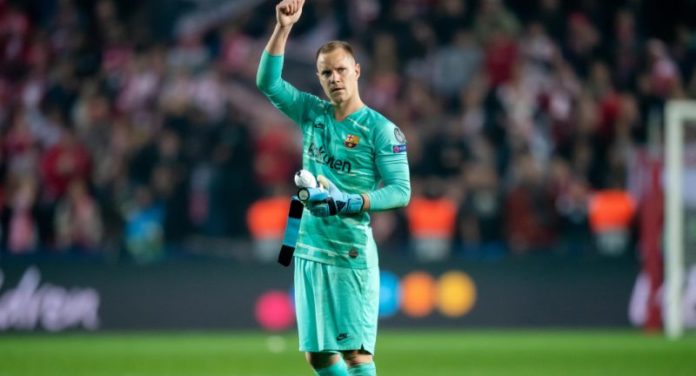 Ter Stegen is next to Oblak probably the best goalkeeper of the moment. His stops have been decisive for Barcelona to save the furniture mainly in the Champions League: a penalty stopped at Dortmund, two saving actions against Inter and especially brilliant against Slavia.

Precisely in Prague, the Barca goal raised his voice to say that they should talk about what is happening in the team this year. A few words that sounded critical of the team and that did not sit well at all. It is true that he was the only one to show his face after the game and that over time he has become a captain without a bracelet, but in that self-criticism the goalkeeper himself must also be included.

Of the titular goalkeepers of this League, that is, of those who accumulate at least five games, Ter Stegen is the 14th in terms of percentage of stops. Of the 18 shots he has received he has seen how 11 of them ended up in goal.

Before Valladolid, in the Barca win that puts them as leaders of the League, Ter Stegen made a freak. The center of Míchel not only did not block him, but in an unorthodox way he reached out to clear the ball that ended up hitting Kiko Olivas in a somewhat strange goal.

Accustomed to their colossal performances as a great goalkeeper that is, this type of failures collides and especially that it occupies such a low place in the ranking of stops.

Watch: PETA Has a Request for the Legendary NFL Quarterback