Home Sport Ter Stegen: “The eliminations of Rome and Liverpool?” 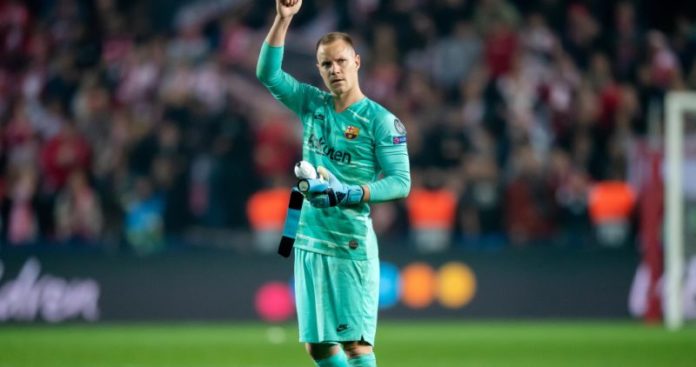 Marc André Ter-Stegen is one of the great names of the current FC Barcelona. The Barca goalkeeper, who is a reference both on and off the pitch, always speaks clearly and expresses what he thinks clearly.

In the previous meeting against Slavia in Prague, the German goalkeeper granted an interview to the German magazine ’11 Freunde ‘, in which he reviewed among other topics, the eliminations in Rome and Liverpool of the Champions League or his relationship with Neuer.

Regarding the overwhelming eliminations in the Champions League, in which the team of the Ciudad Condal was stuck with two goals, Neuer did not stay in purely football issues.

“They cannot be clarified by tactical errors or game issues. One must dive deeply into psychology issues. That is why I would never say that it cannot happen to us again. We were all frozen because there was no explanation,” said the player.

After this interview, he was once again one of the heroes for the team led by Ernesto Valverde, keeping the culé triumph with several merit stops. In addition, after the game, Ter Stegen, angry, talked about what happened.

“I am pissed off, because we have not played at the level we wanted to be. Luckily we have scored all three points, which is always important, but it is necessary to talk about some things,” he told Movistar Champions League.

Before that, he also reviewed his time in Barcelona, ​​in which he is celebrating his fifth season as a player of FC Barcelona, ​​having surpassed in the title to goalkeepers such as Bravo or Cillessen, or more recently, to Neto, his substitute.

“I want to be an enrichment for Barça and its style of play. Titles are as important as the memories of the moments one lives with a team,” he said.

And finally, the main course. His relationship with Manuel Neuer, and the German team after the controversy that generated his words asking for an opportunity to prove his worth in the goal of the German team.

“We are professionals and we fight for one goal, but we can talk about everything, regardless of those ambitions,” he concluded.

Lionel Messi: when the famous footballer is tackled by his mother!