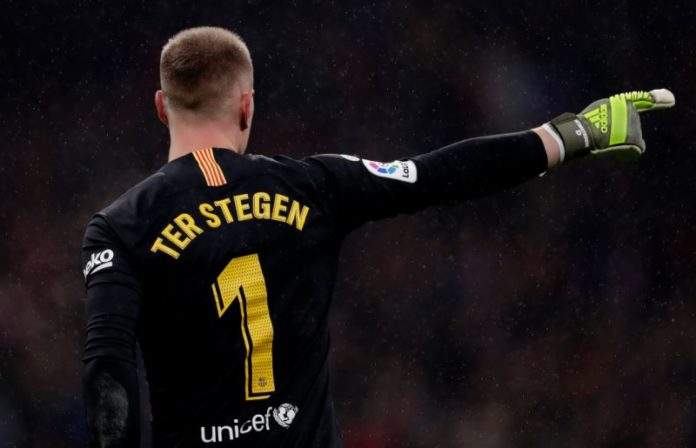 Rene Higuita became famous with his “scorpion” against England. Chilavert threw the faults with surgical precision. Rogério Ceni is still the most goal scorer in history, mainly due to his obsession with executing penalty shots. Even Molina played extreme in the Spanish team against Norway.

Even so, none of them could ever say that, even without even reaching the equator of the season, he has more goal assists than, for example, almost all the members of the Real Madrid squad.

Barça played a round game, possibly the best of the season. It is true that you will rarely enjoy a visitor as soft as Vicente Moreno’s Mallorca. Last Thursday, the undersigned had the opportunity to spend an afternoon with Steve Nash, double NBA MVP and shareholder of the Balearic team. His forecast for the match was clear: “we will suffer.” As he showed on the track for so many years, the Canadian’s vision was not wrong.

The show’s showiness was such that there are many compliments to share. The main one has been for the work of art perpetrated by Luis Suárez and that he himself labels as “the best goal of my career”. Obviously, the nth hat trick of the brand new Golden Ball does not require adding anything else, except sending a warm hug to the Sri Lankan journalist who did not include him in the top five in his vote. We can talk about the recital of De Jong, the settlement of Rakitic, the obvious improvement of Sergi Roberto or the tireless work of Antoine Griezmann.

It is one of the few weekends in which it is not mandatory to talk about Ter Stegen because he did not need to interpret his classic role of savior, role in which he has been typecast all season and that explains the exuberant position of Barça in the league rankings Champions That is why, and because of our natural tendency to swim against the tide, which salmon we want the German to take his share of glory precisely on the only day that none of the commentators will place him among the best in the match.

Barça’s win, that spectacular afternoon that many consider to be the best of the season, could have had a different script if it were not for the speed of reflexes and the privileged vision of the Barca goalkeeper. After a poisoned center from the right of Take Kubo and the consequent clearance of Sergi Roberto, Mallorca has a great opportunity to launch a corner horribly defended – again – by the culé behind. From what could have been a monumental fright – and an unexpected joy for Steve Nash – he went on to open the can and start the wind storm that would make everyone fall in love. The reason is very simple. Meanwhile the men of Mallorca and those of Barça were in shock at the corner kick, some lamenting and others arguing, Ter Stegen had the cold blood, the sight and the success of throwing him a millimeter pass in precision and almost kilometer in extension to a no less wasted Griezmann who only had to complete the process of driving and define smoothly. Thus, the team of Messi, Suarez, Griezmann, De Jong, Rakitic or Busquets himself saw how it was his goalkeeper who generated the first goal assistance of the match.

A scenario that is not new, since in the month of September in Getafe, Marc-André did exactly the same with Luis Suárez, in an even more spectacular action because unlike that of Saturday, he did not need the little sobriety of the rival defense to achieve its objective.

In order not to fester with the white team, during a few minutes of the game Ter Stegen carried more definitive passes than the crown jewel of the center of the Barca field: Frenkie De Jong, who would later assist Suárez in his work of art. Huge midfielders like Busquets, Rakitic, Parejo, Kroos or in the Premier Paul Pogba, that signing without which it seems that Zinedine Zidane cannot breathe, carry THE SAME assists that the protagonist of this article.

If you prefer the spectacularness of a scorpion, the anecdote of playing an extreme day or the specialization of the stopped ball, stick with the names mentioned above. To us, when asked who is the best goalkeeper with the feet we have ever seen, we will respond with four words, two of them joined by a script.