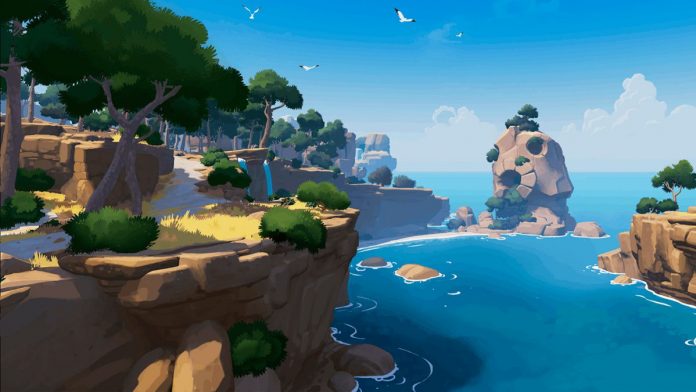 Tequila Works: The Spanish development studio that created the celebrated RiME collaborates with Virtual Realms: Videogames Transformed to create an audiovisual experience. Tequila Works, creators of the celebrated video game RiME, has announced its collaboration with the Virtual Realms: Videogames Transformed exhibition with the aim of reimagining its adventure and puzzle title as a new immersive audiovisual experience through different realms. And in the so-called realm of narrative, they have opted for Book of Sand, a new experience based on the rich RiME universe.

Inspired by the novel Book of Sand (1975) by Jorge Luis Borges, RiME’s installation explores the notion of an infinite story that has neither beginning nor end. Visitors will have to stand under various spotlights to cause changes in the game scene displayed on a large screen that surrounds them, while enjoying the immersive sounds of being in the center of the action. Depending on the collaboration between the participants and how they interact under the spotlights, the narrative will undergo slight changes ”, they tell us from Tequila Works.

Virtual Realms: Videogames Transformed will be a traveling exhibition through some of the most important cities in the world, with Singapore being the first stop of such a promising immersive audiovisual experience, which aims to immerse the visitor in different sensory experiences based on the most varied realms or concepts. , including RiME.

At the moment, the presence of Virtual Realms: Videogames Transformed in any Spanish city has not been confirmed, although Tequila Works will share any news about the possible visit of the exhibition in our country. Do not miss our analysis of RiME where we concluded that “the variety of situations it poses, the nuances with which the Spanish team has provided each corner of the island, and the playable proposal that RiME offers in purely interactive terms, result in a work whose elements fit together as a whole, replayable if you want to find all the secrets and collectibles hidden on the island (even though the first game will be the one that will offer the true experience) or you want to relive it after letting it rest for some time ”.

Chris Hemsworth shared photos of Thor’s daughter with a difference of...