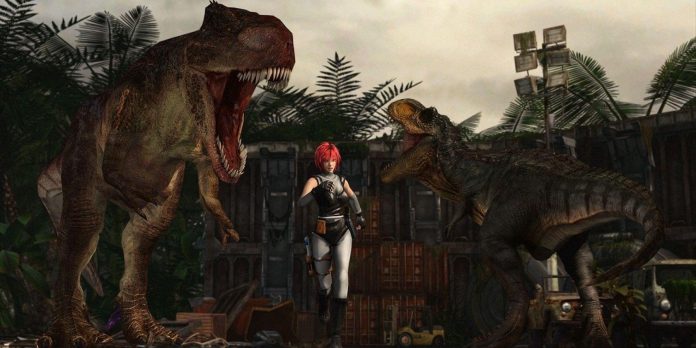 Teppen continues to represent outstanding Capcom characters in a real-time card battle environment. Starting today, Teppen players will test their card decks against hordes of dinosaurs in a brand new joint event with Dino Crisis. An acquaintance from the Resident Evil franchise also appears to uncover the secrets of the Jurassic conspiracy.

The “Jurassic Rampage” expansion is airing in Teppen, opening the three-part “Echoes of the Lost Civilization” series in the game. The government sends Regina from Dino Crisis and Leon Kennedy from Resident Evil 4 to explore a remote island that is the site of a rift in space-time. The rift has released dinosaurs from the prehistoric era, and an ancient energy source is fueling the rift. Regina and Leon are not alone in their mission, as several underground organizations are fighting for control of an island inhabited by dinosaurs. In addition, two Capcom icons were joined by characters from the Street Fighter, Monster Hunter and Mega Man series.

Those who enter the game before October 31 will receive 10 free tickets to Jurassic Rampage. Teppen also brings a new ability and a set of cards to help Regina and Leon survive the dinosaur battle. The new “Invasion” ability allows players to move their unit cards into an EX pocket. After 13 seconds, the effects of the “Invasion” ability are activated, and players can launch a timed attack against their opponent. There will be many new maps, such as “The Genius of the third energy Kirk”, “Wolf Pack”, “Reflecting Fire” and “Ancient tyrant T. Rex”.

As Teppen celebrates its third anniversary, Capcom reminds players of many of its iconic franchises with free rewards and events. Teppen offers a unique adventure with these iconic characters before Capcom releases major games like Exoprimal and the Resident Evil 4 remake in 2023. The appearance of Regina and Leon may cause more excitement, which will lead to these new releases next year.

Players will receive free entry rewards and Teppen bonuses, so it’s time to try the free card battle for the first time. Returning players have a lot of content to do as Capcom and GungHo work on Teppen updates through the fall of 2022.

Teppen is now available for Android and iOS.

Exploring the Trails of FTL Travel in Science Fiction